By Bryce Figot on 15/11/2016 in Federal Budget, Succession planning, Taxation 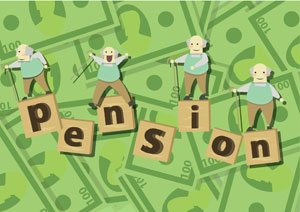 Superannuation law is currently undergoing one of the most significant periods of change in almost a decade. This has led to practitioners having to reconsider the conventional wisdom on various issues relating to superannuation.

One such area where previous standard practice needs to be revisited is succession planning.

In this article I want to focus on one aspect in particular: should a pension from a self managed superannuation fund (‘SMSF’) be commenced as an automatically reversionary pension or not?

What do I mean by an ‘automatically reversionary’ pension?

What has been the ‘wisdom’ in the past?

Accordingly, on its face, there was no longer any advantage in having an automatically reversionary pension.

For example, consider Preston. He was receiving a $200,000 pension from his SMSF, funded entirely of the tax free component. The pension was not automatically reversionary. The fund also maintained a life insurance policy in respect of Preston, the premiums were charged against Preston’s pension account. Preston died. The policy paid out $200,000. The interest was now $400,000 but would generally have been comprised of a taxable component of 50% and a tax free component of 50%.

As a counter example, consider Jennifer. Jennifer’s situation was the exact same as Preston’s, except Jennifer’s pension was automatically reversionary. When the insurance proceeds were received, they took on the proportions of the pension (ie, in this instance, 100% tax free component). Accordingly, the person who ‘inherited’ Jennifer’s automatically reversionary pension would have received $400,000 of entirely tax free component.

Further, certain changes to social security law that took effect from 1 January 2015 meant that an automatically reversionary pension could also have been important in the following circumstances:

In such circumstances, it could also have been worthwhile to ensure that a pension is automatically reversionary.

I do stress though that the reversionary beneficiary has six months to determine what do to before any real issues could arise.

However, importantly, that six-month period starts counting from the moment of the initial pensioner’s death and the initial pensioner is almost always the reversionary beneficiary’s husband or wife. Upon the death of a husband or wife, many people are grief-stricken and will not be in a position to seek advice and make an appropriate decision (eg, commute an excess) within six months of their loved one’s death.

However, if the pension is not automatically reversionary, the six-month period will not start instantly upon death. Rather, it will starts when the reversionary beneficiary becomes the recipient. In essence this might result in a few months of ‘breathing space’ for the grieving widows and widowers.

Bear in mind that this six-month period is only contained in draft legislation. However, if that draft legislation is ultimately made without any significant changes, then practitioners should be aware that non-automatically reversionary pensions might become a more attractive ‘default’ tendency as they may allow an SMSF member to have slightly more time to seek advice and make decisions after the death of a loved one.