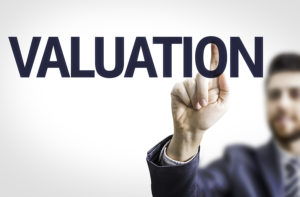 Earlier today the Administrative Appeals Tribunal (Tribunal) handed its decision in Coronica and Commissioner of Taxation (Taxation) [2021] AATA 745. It resulted in the Commissioner’s decision to make an SMSF non-complying being affirmed.

The decision is lengthy (103 pages) and covers many interesting issues. In this article, we focus on one particular issue: valuation of shares.

Mr Coronica was an accountant and tax agent. He started his accounting practice in 1970. His structure involved:

Mr Coronica relied on a misinterpretation of the law to form the view that the SMSF could acquire the shares in the company from a related party. The Commissioner submitted that in regard to Mr Coronica’s interpretation, Mr Coronica’s ‘explanation “beggars belief” for “a tax agent of 50 years standing.”’

The Commissioner took issue with (among other things) the $100,000 valuation.

Mr Coronica attempted to explain the $100,000 valuation as follows.

For those interested, Mr Coronica’s verbatim evidence in this regard is replicated in paragraph 81 of the Tribunal’s decision.

We do not consider in this article whether the calculation of the ‘tax detriment’ is accurate or not. However, we do consider the Tribunal’s comments regarding ‘tax detriment’ at a conceptual level.

The Tribunal noted that the SMSF was not a 45% tax paying entity, but rather ‘complying funds get a refund (credit) of tax as their tax rate is less than the franking credit attached to the dividend paid by the company.’

Therefore, the Tribunal found that:

In accordance with the definition of ‘market value’, ‘reasonable’ willing buyers would not seek discounts for a non-existent future tax liability, especially when there are in fact valuable credits. To reinforce this, the definition requires an objective assessment of proper marketing of the asset, and the buyer and seller acting knowledgeably and prudently in relation to the sale.

Similarly, a well-informed ‘reasonable’ vendor, would never agree to giving a discount to a purchaser they knew would receive a future benefit, not a future impost allowed for in the discount. To the contrary a well-informed vendor would have sought some arbitrage for the benefit of refundable franking credits being acquired. [Emphasis added.]

There can be some very limited circumstances where SMSFs can acquire shares in related private companies, even from related parties. The ATO alluded to this in Taxpayer Alert TA 2012/7 where the ATO states ‘the general prohibition on SMSFs acquiring assets from a related party does not apply where the SMSF’s investment is in a unit trust which complies with those requirements [ie, the requirements in div 13.3A of the Superannuation Industry (Supervision) Regulations 1994 (Cth)]’. Although these ATO comments mention a unit trust, they would equally apply to a company that complies with div 13.3A, acquired at market value, etc.

If engaging in such a course of action, in valuing the shares, it appears that there is prudence in adjusting the value of the shares for any tax effect that the purchasing SMSF is likely to experience.

However, there is an important warning. Extreme care needs to be taken when acquiring any assets — particularly shares in private companies — from a related party.

Among other things, if the company is a ‘div 7A’ corporate beneficiary, such an arrangement might constitute dividend stripping and thus should not occur. See Taxpayer Alert TA 2015/1.

Therefore, before engaging in such conduct, taxpayers should strongly consider prospective:

Facebook0
Twitter0
Google+0
LinkedIn0
Many building and similar contracts place SMSFs at risk
SMSFs – can all income be NALI?