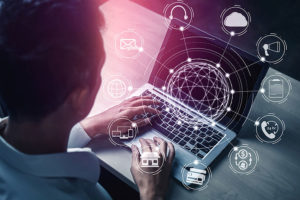 Traditionally, deeds were unable to be made electronically due to the common law requirement that a deed must be written on ‘paper, parchment or vellum’. With a global shift headed towards an ever-advancing technological world, the demand for the ability to make a deed electronically is on the rise. Unfortunately, the question as to whether a deed can be made electronically is convoluted and there is a lack of uniform law across Australia to deal with this issue. This is largely because it has been left to the State and Territory governments to pass legislation to allow for deeds to be signed and witnessed electronically.

At the date of writing this article, Victoria, New South Wales and Queensland are still the only jurisdictions to pass legislation for deeds to be made electronically.

While Victoria has now implemented a permanent solution, the measures in Queensland (QLD) and New South Wales (NSW) are set to expire as follows:

While the idea of making a deed electronically seems simple in theory, in practice, it becomes quite complex. Each jurisdiction has different criteria to satisfy for a deed to be executed electronically. To further complicate matters, some deeds may require signing in multiple jurisdictions.

The key differences are found in the witnessing requirements which vary in most jurisdictions. While not all jurisdictions require witnessing, best practice is to always have an independent witness attest to the execution of a deed. We have previously covered these provisions in some detail and you can click here to read our guide on electronic execution of deeds.

For the above reasons, we recommend anybody considering executing a deed electronically first obtain legal advice from a lawyer in the relevant jurisdiction.

An often overlooked consideration regarding the electronic execution of deeds is whether the relevant legislation expressly deals with the common law requirement that a deed be made on ‘paper, parchment or vellum’.

In Victoria, the Justice Legislation Amendment (System Enhancements and Other Matters) Bill 2021 (Vic) (Justice Bill) received royal asset on 23 March 2021. Among other things, the Justice Bill inserted s 12A into the Electronics Transaction Act 2000 (Vic) (ETA Vic) to allow for deeds to be made electronically. The new section 12A(1) states the following:

(a) may be created in electronic form; and

(b) may be signed, sealed and delivered by electronic communication.

The explanatory memorandum to the Justice Bill states that the wording in s 12A(1) of the ETA Vic overrides the common law requirement that a deed must be made on ‘paper parchment or vellum’.

In New South Wales, the situation is even more ambiguous as s 38A of the Conveyancing Act 1919 (NSW) states the following:

A deed may be created in electronic form and electronically signed and attested in accordance with this Part.

Queensland is the only jurisdiction that has truly dealt with this common law requirement. Section 12N(2) of the Justice Legislation (COVID-19 Emergency Response—Documents and Oaths) Regulation 2020 (QLD Regulations) states that:

An instrument takes effect as a deed… even if —

(a) it is not written on paper or parchment; or

(c) it is not sealed or stated to be sealed.

The lack of express wording in the legislation, particularly in New South Wales, has raised some concern among lawyers as to whether the common law position has truly been dealt with. While the author is unsure if this lack of express wording would invalidate a deed made electronically, those seeking to execute a deed electronically should proceed with caution. Unfortunately, we are left to the mercy of the legislators as to whether they have correctly implemented legislation to allow for electronic execution of deeds. Hopefully if other States and Territories follow suit with their own legislation, the wording used will expressly address the common law position such as in the QLD Regulations.

It is important to note that the legislative instrument that temporarily modified the Corporations Act 2001 (Cth) (CA) to allow for companies to execute documents electronically expired on 21 March 2021. Accordingly, for a company to execute a document electronically, it should have express provisions in its constitution that allows for this.

If a company wishes to execute a deed electronically, it should only do so if the following requirements are met:

Given the complexities and various uncertainties with electronic execution, we generally recommend that a deed be executed the good old-fashioned way. That is, that the deed is made on paper or parchment, signed with wet ink and witnessed by at least two independent witnesses.

Please see our table below which briefly examines the position of electronic execution of deeds in each State and Territory.

*The above table not to be relied upon as legal advice. The table is reflective of the law as of 20 May 2021 is and will be subject to change.