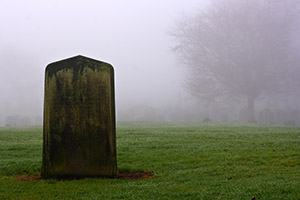 The Colin Maurice Superannuation Fund was established on 17 September 2009. The original trustees were Colin Maurice (‘Deceased’) and his adult daughter Sonia Perry, with the Deceased as the sole member of the fund.

Although not expressly stated, the facts seem to suggest that:

One document was minutes of a meeting of the trustees of the Fund, which were in the following terms:

It is decided to remove Sonia May Perry as a trustee of the fund.

It is decided to appoint Jennifer Mary Nicholson as a trustee of the fund.

[Signed by the Deceased]

Another document was a confirmation of resignation as trustee, which read:

I confirm my resignation as a trustee of the Colin Maurice Superannuation Fund.

Another document was a consent to appointment as trustee, which read:

I consent to being appointed as a trustee of the Colin Maurice Superannuation Fund.

The judge writes in the judgement:

The trust deed … provides that “binding death benefit notice means a notice given by a member or beneficiary to the trustee in accordance with Regulation 6.17A of the Superannuation Industry (Supervision) Regulations and with this deed”.

In other words, it appears the fund’s specific trust deed required a binding death benefit nomination (‘BDBN’) to be provided to the trustee of the fund in order to be valid.

Shortly before undergoing brain surgery for cancer, in January 2017 the Deceased signed a BDBN in which he directed the trustees of the fund to pay 100% of his death benefit to Ms Nicholson.

Ms Perry submitted that the change of trustee power in the fund’s trust deed (ie, clause 183) had not been complied with. Clause 183 provides:

The trustee will determine who acts as trustee in accordance with this deed and superannuation law for the fund to continue as a self managed superannuation fund and will take the necessary steps to appoint or remove the persons or body to or from the office of trustee. The trustee may accept the trustee’s resignation in writing for this purpose.

* The appointment or removal of a trustee must be in writing and must immediately be advised to any other trustee.

There seems to be some technical deficiencies in the 2015 documentation. For example, the judge notes that:

Whilst it may well have been the intention of the parties that the resignation be accepted by the Trustees, the resolution recorded in the Minutes is consistent with the trustees not accepting that resignation.

The minutes dated 23 April 2015 record that the meeting decided to remove the applicant as a trustee. Under clause 183 of the deed, any removal of a trustee must be in writing. None of the documents signed on 23 April 2015 are in terms of a formal notification to the applicant of her removal as trustee. There is also no document purporting to immediately advise the other trustee of the removal of the applicant as trustee. Both are requirements of clause 183 of the trust deed.

However, ultimately, the judge appears to have taken a ‘substance over form’ approach, holding:

[Despite the deficiencies to referred to,] clause 183 of the deed does not require any particular method of notification of the removal of a trustee, other than that it be in writing. The minutes of meeting, signed by the deceased, the applicant and the respondent on 23 April 2015, properly read, constitute a removal of the applicant as trustee of the Fund. That removal is in writing in that it is recorded in those minutes. As the minutes are signed by the deceased, the minutes also record that the deceased as the other trustee was advised immediately.

In other words, the 2015 change of trustee was held to be valid.

The BDBN issue was not ultimately ruled on, which the judge stating in the second last paragraph that:

It is not in dispute that the deceased completed and signed a binding death benefit nomination. However, there remains in issue whether that notice was given to the trustees of the Fund. I shall hear the parties further on this issue.

Secondly, one must question the need to have SMSF governing rules requiring that a BDBN must be provided to trustees in order to be valid. At DBA Lawyers we have expressly excluded any such requirement from our SMSF governing rules. We acknowledge that there is a need for a such a requirement in large APRA funds, where from a pure administrative point of view the trustee might not otherwise know the BDBN exists. However, we feel that for SMSFs — where there is almost always a close familial relationship — a requirement in the governing rules that a BDBN must be provided to the trustee could cause all sorts of issues such as difficulties where:

For more information regarding changes of trustee, see http://www.dbalawyers.com.au/smsf-compliance/changing-smsf-trustees-why-advisers-should-be-more-alert-to-the-tips-and-traps/