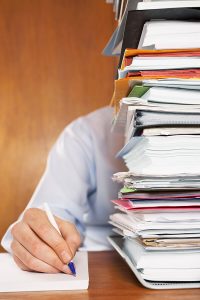 Why are changes of trustee so tricky?

The reason that an SMSF change of trustee can be so tricky is because there is no one standardised method for changing a trustee. The method to be followed depends on the specific rules of the current deed of the SMSF. For example, the current deed could require one or more of the following.

This list is not exhaustive and might seem like an exaggeration as to how many things can go wrong. However, in the recent Queensland Supreme Court case of Perry v Nicholson [2017] QSC 163 tackled the question of whether a change of trustee had been validly done. In the case, the judge made it clear that the law recognises at least two different ways that a trustee can vacate the office: retirement and removal. The mechanisms for each were stated to be different. However, the actual deed that was being examined contained a blended clause without an obvious delineation between retirement and removal. The judge surgically considered first retirement and then removal. The retirement document was held to have failed because even though the document appeared to be a retirement, the deed said that the retirement had to be accepted by the existing trustee, and the judge did not see evidence of an acceptance. In applying this very technical analysis, every word of the deed and document counted. When turning to consider the removal power, the judge observed that under the deed, any removal notification had to be advised to the other trustees. Because the other trustees signed the removal document, the judge held that they had been so advised. Accordingly, the removal document ‘just made it over the line’ and was effective. If the removal power in the deed had been drafted with more onerous requirements, the entire change of trustee might have failed.

While the case just discussed concluded that a change of trustee was ultimately valid, this is not always the result. The case of Moss Super Pty Ltd v Hayne [2008] VSC 158 involved a purported change of trustee where a member signed a document removing one company as trustee and appointing another. Unfortunately, the SMSF’s deed at the time said that the founder had the power to change the trustee, not the member. The member who signed the document was actually one of two directors of the founder. However this was not enough, and the change of trustee was held to have completely failed. This led to the unusual situation of the judge declaring that the SMSF did not actually have a trustee at all, because the old trustee had validly resigned but the new trustee had not been validly appointed.

The moral of the stories

Since taking a case to court is inevitably expensive, the cases in the public domain suggest that more instances of failed changes of trustee exist where the matter was settled (or in a real sense, conceded) without litigation and therefore without becoming public knowledge. Accordingly, problems are probably more widespread than public information reveals.