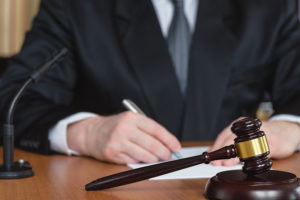 These days many non-lawyers — such as accountants and financial planners — draft deeds by populating websites that instantly generate deeds with no lawyer review or sign off. We are strongly of the view that this should not typically happen as it can be unlawful. However, it does happen. Therefore, this case’s reminder is just as important to lawyers as it is to many accountants and financial planners.

For the full decision, see http://www6.austlii.edu.au/cgi-bin/viewdoc/au/cases/vic/VSC/2020/651.html. A summary of the fact is as follows.

A builder named Mr Bowen was advised to commence a family trust. (Note that although this case involved a family trust, the underlying principles equally apply to SMSFs.) A trust deed was drafted. All parties accepted that Mr Bowen and his then wife were intended to be beneficiaries of this family trust.

However, there was an error in the drafting of the deed!

Namely, another clause in the deed (ie, cl 1.1) contradicted the identity of the beneficiaries! Clause 1.1 provided that ‘[t]he “Primary Beneficiary” … means the children of the persons referred to in the Schedule hereto.’

In other words, cl 1.1 appears to exclude Mr Bowen and his then wife from being beneficiaries!

The issues associated with this could be enormous. This is especially the case because, as Lyons J noted, ‘the … trustee has over the years distributed income of the Trust as though Mr Bowen and Mrs Bowen are in fact Primary Beneficiaries.’ Naturally the tax implications of many years’ worth distributions purportedly being made to and declared by a non-beneficiary would be severely negative.

Unsurprisingly, the trustee wished to address this issue.

The trustee tried to do this via two means.

The first means was to seek a declaration that on the proper construction of the deed each of Mr Bowen and his then wife were beneficiaries of the trust.

The second means was to seek an order for rectification of the deed to the same effect.

Words may generally be supplied, omitted or corrected, in an instrument, where it is clearly necessary in order to avoid absurdity or inconsistency.

However, Lyons J felt that no such absurdity arose. Namely:

In my view, there is nothing absurd about this construction [ie, a construction under which Mr Bowen and his then wife are excluded from being beneficiaries]. It is not uncommon for a parent or parents to set up a family trust for the benefit of the children and grandchildren of one of both of them.

The second means succeeded. Under the second means (ie, the equitable doctrine of rectification), Lyons J granted an order to ‘reform an instrument in which the parties have mistakenly expressed their agreement or common continuing intention.’

Lyons J was satisfied that this was an appropriate instance for the court to remedy the deed by the doctrine of rectification to reflect the actual common intention.

The decision serves as an important reminder.

On first blush, this appears to be a positive outcome. However, practically speaking, no client ever executes a deed with a desire to have to go to court. This would have a been a costly, stressful and time-consuming exercise, to say the least.

The implication of this is that if there is a deficiency in documentation, a court order is needed. Again, seeking a court order is a costly, stressful and time-consuming exercise, and there is no guarantee as to the outcome.

Accordingly, it becomes more vital than ever to ensure that deeds are prepared with absolute skill and precision.

As alluded in the introduction, we are concerned that many non-lawyers — such as accountants and financial planners — these days are drafting deeds by populating websites that instantly generate deeds with no lawyer review or sign off. This can cause all sorts of issues. For example, consider an SMSF deed that requires a ‘principal employer’ to consent to a variation (similar facts arose in Bowmil Nominees Pty Ltd [2004] NSWSC 161). When drafting a variation, if there is no tailored lawyer review and input, will the non-lawyer notice that a ‘principal employer’ is required? It is entirely possible that:

This is not just relevant for amendments of SMSF deeds, but also for changes of SMSF trustees. There have been many cases where SMSF changes of trustee have been challenged for technical reasons. For example, Moss Super Pty Ltd v Hayne [2008] VSC 158 Perry v Nicholson [2017] QSC 163 and Dawson v Dawson [2019] NSWSC 826.

Accordingly, absolute care and precision should be taken when drafting deeds (including changes of trustee) for SMSFs. There is tremendous prudency for a lawyer to draft, review and sign off the tailored final deed.