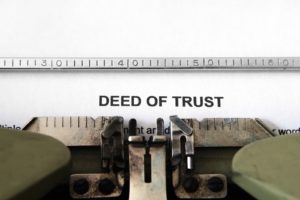 The case of Re Owies Family Trust [2020] VSC 716 (Owies) provides many lessons for trustees and advisers
dealing with discretionary trusts. This article focuses on one key issue raised in Owies, being the limited variation
power that did not allow for a number of purported variations.

Owies involved a dispute between the children of a family largely relating to the control of the Owies Family Trust
(Trust), a discretionary trust established by their parents in 1970, which held assets in excess of $23 million.

Prior deeds of variation were executed in 2002, 2010, and 2017, which sought to amend the deed of the Trust
(Deed) to change the persons identified as the ‘Guardian’ and ‘Appointor’ listed in the schedule to the Deed. The
Deed initially provided that the father of the family (John) held these roles with the mother (Eva) then succeeding
to the roles after John’s death.

If the variations to the Deed were effective, then one of the children involved in the dispute (Michael) would be the
Guardian and Appointor. As Eva died in 2018 and John died in 2020, if the variations were not effective then John
would have held the Guardian and Appointor positions until his death; upon which these positions would not be
held by anyone.

Power of amendment in the Deed

The Court was required to consider if the variation power contained in the Deed permitted the purported
amendments to occur. Clause 20 of the Deed provided (emphasis added):

(i)   may relate to the management or control of the Trust Fund or the investment thereof or to the Trustees’ powers or discretions in these presents contained;

(iii)  shall not affect the beneficial entitlement to any amount set aside for any Beneficiary prior to the date of the variation, alteration or addition.

Though not in dispute the Court helpfully outlined the principles of construction relating to trust deeds. Some of the
key principles the Court provided are as follows (citations omitted):

68.   In the case of a trust, ‘[t]he court’s primary task in construction is to discover the intention of, relevantly, the Settlor from the words used in the instrument, read as a whole’. Unless they have a special or technical meaning, the words used in a trust deed are to be given their ordinary and natural meaning, read in the context of the trust deed as a whole.

70.   In Schreuders v Grandiflora Nominees Pty Ltd, the Court of Appeal summarised the approach to the
construction of trust instruments as follows:

… trust instruments are to be given their natural and ordinary meaning unless they have a special or technical meaning. The terms of an instrument must be construed in the context of the entire document and in such a way that renders them ‘all harmonious one with another’.

The parties’ intention must be found in the wording of the trust instrument rather than in what was on their minds when they executed the instrument. … In Byrnes v Kendle, Gummow and Hayne JJ stated:

71.   In Kearns v Hill, the Court of Appeal of New South Wales observed that the provisions of discretionary trusts, including powers of variation, are not to be interpreted in a ‘narrow or unreal way’ and that the ‘cardinal duty’ of the Court is ‘to construe each provision according to its natural meaning, and in such a way to give it its most ample operation’. As Buss P stated in Mercanti v Mercanti, ‘the nature, form and extent of the permitted variations depend, in general, upon the language and apparent purpose of the variation clause in the context of the trust deed as a whole’. An express power of variation may contain express or implied limitations in relation to its exercise.

In applying the principles of interpretation, the Court found that the reference to the term ‘trusts’ in clause 20 of the Deed must be taken to be a reference to the primary trust created by the Deed, with the ‘trust’ constituted by the Deed being distinct from any of the ‘powers or provisions’ contained in the Deed. While the Deed allowed the Trustee to ‘declare any new or other trusts or powers’ the Court found that this power was different to a power to vary a trust and thus not sufficient to have made the variations. The Court also considered the intention of the settlor of the Trust and found that as the Deed only identified John and Eva, successively, as the Guardian and did not contain any express powers relating to the appointment of new or successor Guardians, there was no evidence that the Settlor intended the Trust to always have a Guardian role.

Put simply, it was held that the variation power contained in the Deed did not allow for the amendment of the
persons named in the schedule as the Guardian and Appointor.

The limitations in the variation power in Owies was unusual as many trusts allow for succession to the appointor
and guardian roles. The Owies discussion is therefore a good reminder for Trustees and advisers to carefully
consider the terms of a trust (in particular, the variation power) before attempting to vary a trust deed. If there is
any doubt as to whether the terms of a trust allow for the variation, expert advice should be sought before
proceeding.