By William Fettes on 16/03/2016 in SMSF strategy, Succession planning, Taxation 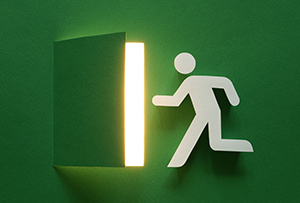 Though it is often overlooked, succession planning is a crucial aspect of successfully operating an SMSF. Every member should develop, implement and regularly review a personal succession plan to help ensure that there is a smooth process in place for succession to control of the fund and other succession arrangements appropriate for their individual circumstances.

An optimal SMSF succession plan should provide for these outcomes in a timely fashion, with minimal uncertainty and in as tax efficient manner as possible. However, it should also be recognised that trade-offs may need to be considered, as it would usually be considered preferable that the ‘right’ people receive a benefit and pay tax, rather than the ‘wrong’ people receive a benefit in a tax efficient manner.

Accordingly, there is no easy ‘one size fits all solution’ for SMSF succession. However, a well-considered SMSF succession plan should address the following matters:

Many people have no succession plans in place for their SMSF which may result in considerable uncertainty arising in the future, with the control of the fund and the ultimate fate of their member benefit put in jeopardy.

Two relevant circumstances in which control can become a critical issue are loss of capacity of a member and death. Accordingly, prudent SMSF succession planning necessarily involves planning for these possibilities in advance.

With the passage of time, there is an appreciable risk that some SMSF members may lose mental capacity and be unable to administer their own affairs. In the absence of prior planning for this possibility, major uncertainty and risk could arise in relation to control of the SMSF. Having an EPoA in place can help overcome this problem, as an EPoA appointment is ‘enduring’, enabling a trusted person (ie, the member’s attorney under an EPoA) to continue to run the SMSF as their legal personal representative (‘LPR’) even in the event that the member loses capacity.

It is strongly recommended that every member of an SMSF arranges for an EPoA to be made as a part of their personal SMSF succession plan. It would not be an exaggeration to say that being an SMSF member without an EPoA would be courting disaster.

Naturally, given the important responsibilities of the position, the member must trust their nominated attorney to do the right thing by them. Only a trusted person should be nominated, and insofar as the member retains capacity, the EPoA should be subject to ongoing review to ensure its ongoing appropriateness. Consideration should also be given as to whether scope of the appointment should be general in nature (ie, a general financial power) or limited to the SMSF or to the trustee of the SMSF. For example, if the member wishes to preclude their attorney from exercising certain rights in relation to, say, their member entitlements or making or revoking their BDBN, this should be expressly precluded from their EPoA.

It should be noted that, by itself, an EPoA is not a mechanism by which an attorney can actually step into the role of trustee or director of the corporate trustee. This is a common misconception. EPoAs merely permit the member’s attorney to occupy the office of trustee or director of the corporate trustee to help ensure that the SMSF can continue to operate in a fashion consistent with the member’s wishes. This is because a member’s attorney appointed under an EPoA is expressly recognised in the SISA for the purposes of the trustee-member rules in s 17A of the SISA. However, the attorney must still be appointed in the first place. The appointment mechanism which facilitates the LPR to step into the role of SMSF trustee or director of the corporate trustee is contained in the SMSF deed and the company’s constitution. For example, in the context of a corporate trustee, in the absence of other appointment provisions in the constitution, typically the shareholders must exercise their voting rights to appoint the member’s LPR as a new director.

Succession on death — the role of the executor as LPR

The death of a member is another case where succession to control of an SMSF should be carefully considered.

The recent case of Ioppolo v Conti [2015] WASCA 45 illustrates the point that the control of an SMSF upon death cannot be left to chance.

Mrs Francesca Conti and Mr Augusto Conti were individual trustees and members of an SMSF. Francesca had a number of children, including two daughters who were named as executors in her will.

The SMSF deed provided that unless a BDBN was made, death benefits were to be paid at the trustee’s absolute discretion.

Francesca died without a valid BDBN and Augusto was left as the sole trustee. Augusto appointed his sole director/shareholder company as the new trustee. As director of the trustee, he then resolved to pay all of Francesca’s benefits to himself.

As executors of her estate, Francesca’s two daughters commenced legal action, losing both at the Western Australian Supreme Court at first instance and in the Court of Appeal.

In both cases (see also Ioppolo v Conti [2013] WASC 389) the two daughters argued that Francesca’s LPR must be appointed as trustee of the fund in compliance with s 17A of the SISA.

However, this argument failed. Martin CJ noted that the definition of ‘SMSF’ in s 17A of the SISA would have allowed the appointment of the LPRs, however, it did not require it.

Ioppolo v Conti highlights the fact that a deceased trustee’s LPR (ie, executor) does not automatically step into the role of trustee of an SMSF member on their death. Broadly, it depends on the provisions of the SMSF deed (most SMSF deeds do not have a mechanism for this to occur) and whether there are other appropriate legal documents in place to ensure this occurs.

Ensuring the constitution to the corporate trustee has successor director provisions addresses the succession to control of a director’s role.

Appointing a successor director allows a director to nominate a successor to automatically step into their role as director immediately upon their loss of capacity or death.

The successor director strategy is designed to work in conjunction with a member’s overall estate plan to enable an attorney appointed under an EPoA or an executor of a deceased member to be appointed as a director without any further steps involved.

* NB — this limb of the definition imports the common law meaning of dependant, which is accepted to include financial dependency.

In accordance with the above definition, an adult independent child generally does not qualify as a death benefit dependant. Thus, any death benefit payment they receive is subject to a tax rate of 15% plus applicable levies to the extent that the benefit comprises the taxable component.

When you consider that the average SMSF holds over $1 million in assets, the tax exposure of benefit payments made to adult independent children (usually when there is no surviving spouse) is likely to be significant.

Given the impact of this effective ‘death tax’, one option is to withdraw member benefits prior to death subject to a relevant condition of release being met. However, relying on the usual method of lump sum benefit payment to effect this withdrawal may be a precarious strategy, given that none of us can foresee the exact hour or minute of our death. After all, it must be borne in mind that a ‘premature withdrawal’ would entail benefits being exposed to the normal tax environment outside of superannuation, and it may not be possible to implement a withdrawal due to loss of capacity or rapidly deteriorating health.

We are aware that in practice some people have relied on a spouse or close family member, trusted friend or adviser to withdraw their member benefit pursuant to an EPoA. This approach has been adopted because it has been widely considered that an attorney is empowered to withdraw a person’s super while they are still alive.

However, this thinking is flawed. Firstly, the legislation governing EPoAs differs between each state and territory and generally does not empower an attorney to deal with a person’s interest under a trust or SMSF; which is a special form of trust. Secondly, an EPoA might not be effective without an SMSF deed expressly authorising an attorney under an EPoA to act for a member. Thirdly, the EPoA should have express wording that covers the donor of the EPoA’s superannuation and SMSF interests. Tasmania is the only jurisdiction that expressly recognises a person’s interest in respect of superannuation in its power of attorney legislation. Moreover, an attorney must act in the donor’s best interests, and an attorney withdrawing a member’s benefit may not be acting in the donor’s best interests if others benefit from the withdrawal.

For these reasons, DBA Lawyers’ SMSF deed expressly authorises the appointment of a representative who is specifically empowered to implement a withdrawal of member benefits when the member is close to death, if this is deemed to be necessary and appropriate in the circumstances. This solution avoids the problems identified above in respect of EPoAs. Thus, a member can appoint a representative to act on their behalf and withdraw their member benefit while they are still alive but do not have long to live, including in the event of the member’s loss of capacity. DBA Lawyers’ SMSF deed and related documents, therefore, support smooth and timely SMSF succession planning by ensuring that SMSF members can appoint a trusted person to oversee their superannuation benefits on incapacity or death.