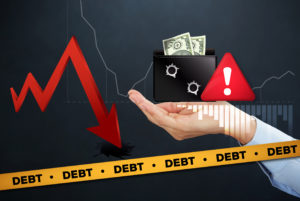 This article discusses the case of Commissioner of State Revenue v Can Barz Pty Ltd & Anor [2016] QCA 323. Broadly, this case deals with the ability of the Commissioner to recover a member’s tax debts from money that is payable to the trustee of the member’s superannuation fund.

Can Barz had entered into a contract to sell the real estate it held on bare trust. In the normal course of events, the sale proceeds would have been paid at settlement to Can Barz (less the relevant amount required to discharge the mortgage on the property and other conveyancing expenses) who would then pay this to the Trustees as the beneficiaries of the bare trust.

Ms Bird and Mr Scott became liable to pay an amount under the Payroll Tax Act 1971 (Qld) due to the grouping provisions under that Act whereby they became jointly liable with other entities for an unpaid payroll tax assessment.In order to secure payment of this tax, the Commissioner issued garnishee notices pursuant to the Taxation Administration Act 2001 (Qld) (‘TAA’) to the following persons:

Collection of amounts from a garnishee

Importantly, it was not in dispute that Ms Bird and Mr Scott had no present beneficial interest in the assets of the Fund. More specifically:

In the alterative, Can Barz raised a constitutional law argument that if the garnishee notices were effective, this would give rise to an operational inconsistency between s 50 of the TAA and the SISA. This is because the power to require payment of the Fund’s monies in satisfaction of Ms Bird and Mr Scott’s tax liability would be inconsistent with the requirements of the SISA regarding the manner in which the Trustees were able to deal with the property of the Fund. Accordingly, any state law such as s 50 of the TAA would be invalid or inoperative to the extent of any inconsistency.

Can Barz was successful at trial in the first instance. As Can Barz’s first argument was accepted, the constitutional law argument was not considered at trial.

On appeal to the Queensland Court of Appeal, the Commissioner presented the following arguments:

The Court of Appeal upheld the trial judge’s findings that the garnishee notices were invalid. The Court rejected the Commissioner’s argument that the capacity in which the taxpayer was entitled to payment was irrelevant.

The Court found at par 27 that:

As the primary judge correctly found, “the Commissioner must be taken to have reasonably known that at the time of the notices the taxpayer to whom the debt was owed did not have a full legal and beneficial interest in the debt”.

In interpreting the meaning of s 50 of the TAA, the Court stated at par 26 that:

the phrase “is liable to pay” should, consistent with established equitable principles, be construed, as the primary judge found, as “encompassing only circumstances in which the right to payment from the garnishee was legally and beneficially held by the taxpayer and the taxpayer was free to use the right in the taxpayer’s own interest”.

Upon his interpretation of the relevant legislation, McMurdo JA found that:

The purpose of the statute is not to permit the recovery of tax by recourse to money which belongs to someone other than the taxpayer or which, for some other reason, could not be lawfully applied by the taxpayer in the payment of his or her own tax debt.

The Court found that s 50 of the TAA only encompasses circumstances where the right to payment from the garnishee was legally and beneficially held by the taxpayer and the taxpayer was free to use the right in the taxpayer’s own interest. Therefore, Can Barz could not be compelled to pay money to the Commissioner which it was otherwise obligated to pay to the taxpayers (Ms Bird and Mr Scott) in their capacity as trustees of the Fund. If the money were held by Ms Bird and Mr Scott, they could not choose to pay such monies to the Commissioner as this would be contrary to the terms of the Fund and in contravention of the SISA.

The judgement in this case is helpful in that it supports the proposition that the trustee of a superannuation fund holds the property of the fund on trust for the members in accordance with the terms of the trust and the SISA. A member of a superannuation fund in many situations is not entitled to be paid or transferred the property of the fund until they at least attain their preservation age and retire or satisfy another condition of release.

Thus, this case provides a clear statement from the court regarding the different capacities in which a person may have an interest in a superannuation fund and the requirements and limitations in dealing with the property of the fund in those capacities.

While the Court did not deal with the constitutional argument put forward by Can Barz, it made helpful comments regarding the limitations of a trustee to pay monies in a way that was inconsistent with the SISA.

Another risk that often arises in relation to SMSF trustees is that creditors of the trustee may seek to access SMSF assets which are held on trust for the members of the fund in accordance with the SMSF deed. This is one reason why we strongly recommend that a sole purpose corporate trustee be used so that, for instance, a trading company or professional practice company that also acts as trustee does not expose the fund’s assets to the practical and potentially very costly process of having to defend the fund’s assets from creditor claims in the event an action is initiated against a trustee.

Note: DBA Lawyers hold SMSFCPD training at venues all around Australia and online. For more details or to register, visit www.dbanetwork.com.au or call 03 9092 9400.