Disclaimer: DBA Lawyers provided advice to one of the parties in Cantor Management Services Pty Ltd v Booth. We only mention facts made publicly available in the judgement. 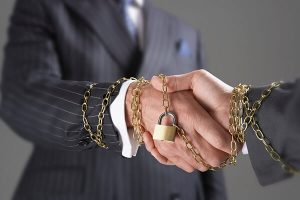 The recent decision of Cantor Management Services Pty Ltd v Booth [2017] SASCFC 122 provides important guidance on making an effective binding death benefit nomination (‘BDBN’), including that a corporate trustee may be more effective in proving that a BDBN has been given to the trustee.

The Cantor Management Superannuation Fund (‘Fund’) was established on 8 October 2010. Malcolm Cantor (‘Deceased’) was the sole member of the Fund.

Cantor Management Services Pty Ltd (‘CMS’) was appointed as the corporate trustee of the Fund. The Deceased’s brother, Christopher Cantor, was the sole director and shareholder of CMS. This structure satisfied the trustee–member rules in s 17A of the Superannuation Industry (Supervision) Act 1993 (Cth) (‘SISA’) because Christopher was the Deceased’s attorney under an enduring power of attorney. It is suggested in the case that this arrangement was put in place because the Deceased lived outside of Australia frequently.

The Deceased made several nominations in respect of his benefits in the Fund prior to his death, including:

The Deceased executed his last will on 15 February 2013. The will contained the following provision in respect of the Deceased’s benefits in the Fund:

I acknowledge that I have made a binding nomination pursuant to the provisions of the Super Fund to the effect that CMS Pty Ltd as my trustee must pay my entitlements to my executors. I direct that my executors shall hold that benefit for my wife Neema Cantor in accordance with the terms of Neema’s Family Will Trust specified in Schedule 1 but subject to my wishes set out in clause 6.

The Deceased’s will appointed his cousin, Dr Susan Booth, as the executor of his estate.

The case came about due to an appeal from a prior decision of the Supreme Court. At first instance, Dr Booth in her capacity as the executor of the Deceased’s estate, brought an action in the South Australian Supreme Court seeking certain declarations, including that CMS held property of the Fund on trust for the Deceased’s estate and that CMS was bound by the 2012 BDBN.

The Judge in the prior case found that the 2012 BDBN was effective and that Dr Booth, as the executor of the Deceased’s will, was the legal personal representative and therefore the nominated beneficiary of the 2012 BDBN.

On appeal, CMS contended that the 2012 BDBN was ineffective because it had not been given to CMS as the trustee of the Fund in accordance with the Fund’s trust deed.

However, the Court held that this requirement was satisfied in this case by leaving the 2012 BDBN document at Doyle Timms — the registered office of CMS.

The Court held that the word ‘given’ should take its ordinary meaning, having practical regard to the way in which corporations conduct their business. The Court considered that s 109X(1)(a) of the Corporations Act 2001 (Cth), which outlines standards for the service of documents on corporations, was a relevant consideration. Section 109X provides:

(a)  leaving it at, or posting it to, the company’s registered office; or

The Court considered that ‘any law’ included general law requirements under the trust deed. The Court stated that ([40]):

…the centuries old practice of service on the registered office of a corporation informs the construction and application of the phrase ‘given by a member to the trustee’ in the Fund Deed.

The appellant contended that in order for the 2012 BDBN to be ‘given’ to CMS, Doyle Timms must have taken possession of it for and on behalf of CMS, and that it must have been in some way kept separately with the other documents which Doyle Timms held as the accountants for CMS.

The appellant’s contention must be rejected.  It was not necessary for Dr Booth to show how or where Doyle Timms filed the form.  The Judge’s conclusion that the 2012 [BDBN] was given to CMS was supported by the evidence that it was left at its registered offices which were occupied by its accountants two of whom had witnessed it.   The practice of serving a corporation at its registered office is now so well established, as is the practice necessitated thereby of having systems in place to bring documents left there to the attention of the relevant company officers, that a document so left will, generally, have been given to the corporation.  In this case, leaving the 2012 [BDBN] at the registered address with the accountants engaged by CMS puts the question beyond doubt.  In a practical sense, having regard to the working practices of accountants in these circumstances, the accountants who witnessed the execution of the 2012 [BDBN] took possession of, and filed, for the purposes of both CMS and the deceased.  The accountants were duty bound to keep the 2012 [BDBN] safe for, and to bring it to the attention of their client, CMS.

Dr Booth was not required to prove that the deceased undertook some further act to enliven the 2012 [BDBN].  It can safely be inferred that he intended it to have effect from the circumstance that he executed it before, and left it with, his accountants whom he knew also acted for CMS.  A requirement to direct his accountants to put it in a particular file or to go through some ritualistic process of internally transferring it from themselves as his accountants to themselves as CMS’s accountant, is not required by the word ‘give’ in the Fund Deed.  The 2012 [BDBN] was given to CMS.

Concluding observations about the case

Though every trust deed must be construed on its own terms, the case highlights that language such as ‘given by the member to the trustee’ can potentially be satisfied where a BDBN is held at the registered office of a fund’s corporate trustee, whether or not it is brought to the attention of a particular company officer (such as a director) or held with particular types of fund documents. Accordingly, having a corporate trustee with a registered office may assist in satisfying BDBN notification/service requirements where a fund’s trust deed requires that a BDBN must be given to the trustee.

Naturally, these kinds of service requirements may be more contentious and harder to satisfy where a fund has individual trustees. Indeed, there have been numerous prior cases where service of a BDBN by the member to the fund trustee and other similar BDBN requirements have been hotly disputed by the parties.

Accordingly, DBA Lawyers considers that notification or service requirements for BDBNs are generally inappropriate as they give rise to too many issues and prevent members from making effective private BDBNs. Accordingly, the issue in court could have been entirely sidestepped if the fund had used an appropriately worded trust deed.

It is also worth noting that the case provides further support for the proposition that the BDBN requirements in the SISA and SISR (eg, the 3-year sunset rule) do not apply to self managed superannuation funds unless the governing rules of the fund import such requirements. In this regard, Kourakis CJ cited the Mullins J’s judgement in Munro v Munro [2015] QSC 61 with approval. Accordingly, Cantor Management Services Pty Ltd v Booth [2017] SASCFC 122 adds to the jurisprudence on this issue.