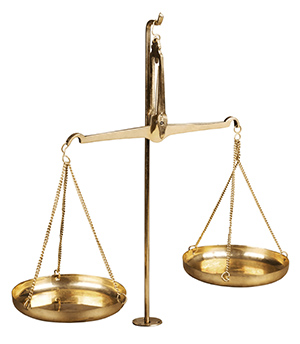 Given the rising cost of housing, adult children are living with their parents for longer. Also, parents have more in superannuation than ever before. Because adult children might have moved out and then returned, such children are sometimes referred to as ‘boomerang children’. An important question is whether, when their parents die, do such ‘boomerang children’ get an important exemption from superannuation death tax.

Although the laws on interdependency relationships have existed for 11 years now, we have only just received the first Administrative Appeals Tribunal consideration of them in the income tax context: TBCL and Commissioner of Taxation [2016] AATA 264. The implications of the decision are quite important.

His parents paid $40,000 towards the total cost of the deceased’s course, accommodation of $250 per week and living expenses of $1,000 per month while he lived in Melbourne. Further, the parents bought the son various items and paid for expenses such as a computer, TV, pilot’s gear and a motor vehicle.

In 2013, the son was working as pilot and tragically died in a motor vehicle accident. The son also paid various expenses for his parents.

The parents and son shared their living expenses (such as $350 per week for food, $850 for electricity per quarter, council rates of $3,000 per year and water charges of $1,600 per year) equally. The parents provided the son with domestic support in the form of preparing meals, doing laundry, cleaning, and a number of other tasks. In turn the son helped his parents by performing tasks around the house.

In relation to personal care, the parents and the son provided each other with love, care, affection and psychological assistance.

In November 2014 the Commissioner issued a Notice of Private Ruling to the parents containing a ruling that they were not death benefits dependants.

The parents asked the Administrative Appeals Tribunal to review this decision.

At the risk of oversimplifying to the point of being slightly misleading, the key legislation includes that:

There is other relevant legislation too, which in the interests of simplicity, I haven’t extracted here. However, the legislation is conveniently extracted in TBCL and Commissioner of Taxation [2016] AATA 264.

What the AAT found

On first glance, the parents appear to be a ‘shoo in’ to have had an interdependency relationship. However, the AAT reiterated that it can only consider the facts as originally put and the AAT can’t go on an additional fact finding expedition. Accordingly, based on the facts as stated above, there was not enough to establish an interdependency relationship.

AAT remitted the matter back to the Commissioner of Taxation to request the parents to make another application for a private ruling, presumably with more facts.

However, based on the ATO’s approach in ATO ID 2014/22, I suspect that an interdependency relationship may well exist well if either:

so that the adult child can care for the parent. Naturally though extra elements should also be present if the conclusion of an interdependency relationship is to be reached. Interestingly, the relevant regulations state that the existence of a statutory declaration confirming such a relationship is a relevant consideration.

This raises a number of interesting questions:

Given the potential impost of the superannuation death taxes that exist, these are issues that advisers may well wish to make their clients aware of.