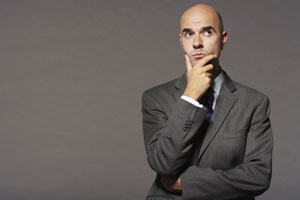 Why this question is so critical

The government in the Budget in May announced that:

From 1 July 2017, the Government will introduce a $1.6 million cap on the total amount of superannuation that can be transferred into a tax-free retirement account.

However, many wondered about the following situation: Consider an SMSF that has, for example, two members, who are spouses of each other. Each member is in receipt of a pension from the fund with capital worth $1 million and total capital in the fund is $2 million.

Assume the husband dies first. Upon his death, can the wife receive all of the husband’s benefits as a pension? If so, the capital can broadly stay in the fund and only income stream payments need to be paid out.

However, if death benefit pensions (eg, a pension of the husband that revert automatically to the wife upon his death) count towards to the wife’s transfer balance cap, then it could be that only $600,000 of the husband’s benefits can be paid to the wife as capital pension. The rest (ie, $400,000) would have to be cashed out as a lump sum.

What the draft legislation reveals

The draft legislation tells us that yes, a death benefit pension will count towards a person’s transfer balance cap. Accordingly, in the example above, broadly $400,000 would need to be paid out as a lump sum. Naturally, this could cause significant issues if the asset supporting the capital was illiquid or ‘lumpy’, such as real estate.

However, mercifully, a death benefit pension does not count towards the transfer balance cap instantly upon death. Rather, it counts six months from the date the beneficiary (eg, the wife in the above example) becomes entitled to receive the pension. The draft explanatory memorandum explains the six month period as follows:

This gives the new beneficiary sufficient time to adjust their affairs following the death of a relative before any consequences – for example, a breach of their transfer balance cap – arise.

It’s noteworthy that there is somewhat of an exception for children who receive death benefits by way of pensions. The exception is that a modified transfer balance account apples and then ceases when children commute all their death benefit pensions (which typically happens upon turning 25) or the capital is exhausted.

John has a reversionary pension worth $1 million at the time of his death on 1 August 2017. The pension reverts to John’s wife, Heather. Heather already has her own pension and a transfer balance account with a balance of $800,000.

In November 2017, Heather is advised that, in August, she became the recipient of John’s pension. Heather is advised that, unless she acts, the combined value of the two pensions will cause her to breach her transfer balance cap. Heather has a number of options to respond to the situation. She can fully commute either pension or she can undertake a partial commutation for the amount of the potential excess, $200,000.

On 1 December 2017, Heather makes a partial commutation of her pension and receives a superannuation lump sum of $200,000. On that date, a debit arises in her transfer balance for that amount (see paragraphs 1.64 to 1.74 [of the draft explanatory memorandum]) bringing her transfer balance account down to $600,000.

Reversionary pensions will be less of a good thing because generally the six month period starts instantly upon death. Naturally, many people require far more than six months from the date of death of a loved one before they feel confident making rational financial decisions.

However, inspite of this, there are still circumstances where automatically reversionary pensions are beneficial such as:

Advisers will need to assist clients to engage in a weighing up exercise to see if the benefits of reversionary outweigh the tighter timeframes.

Under current law, if someone died with assets in an SMSF that were carrying an unrealised capital gain of say $2 million, so long as the assets were supporting a pension upon death, there is a fair chance that the pension exemption will operate past death to essentially exempt any CGT-related assessable income resulting upon death.

However, under the $1.6 million transfer balance cap, from 1 July 2017 it might largely be impossible to have all of those assets supporting a pension upon death.

However, as the explanatory memorandum to the draft legislation states:

Complying superannuation funds will now be able to reset the cost base of assets that are reallocated from the retirement phase to the accumulation phase prior to 1 July 2017.

Where these assets are already partially supporting accounts in the accumulation phase, tax will be paid on this proportion of the capital gain made to 1 July 2017. This tax may be deferred until the asset is sold, for up to 10 years.

It would be … inappropriate for a fund to wash assets to obtain CGT relief or to use the relief to reduce the income tax payable on existing assets supporting the accumulation phase. Schemes designed to maximise an entity’s CGT relief or to minimise the CGT gains of existing assets in accumulation phase may be subject to the general anti-avoidance rules in Part IVA of the Income Tax Assessment Act 1936.

Naturally, the ‘devil is in the detail’ and there is much more detail, exceptions and accompanying materials. For full details, see https://consult.treasury.gov.au/retirement-income-policy-division/super-reform-package-tranche-2

Death benefits paid as pensions will count towards to the recipient’s transfer balance cap. This is very relevant for husband and wife couples who collectively have more than $3.2 million in superannuation. The new rules make reversionary pensions less attractive and advisers will need to assist clients to engage in a weighing up exercise to see if the benefits of reversionary outweigh the tighter timeframes.