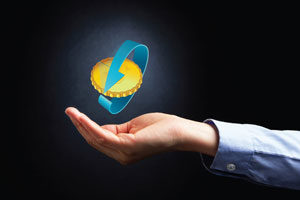 The Federal Government’s $1.6 million transfer balance cap (‘TBC’) measure is likely to adversely impact couples who have pension entitlements exceeding $1.6 million. This articles outlines some of the implications in relation to death benefit pensions.

A lifetime limit on the total amount a member can transfer into tax-free pension phase applies from 1 July 2017. This lifetime limit is implemented through a personal TBC that applies to all fund members in retirement phase.

A member’s personal TBC comes into existence if they are a ‘retirement phase recipient’ on or after 1 July 2017 and this personal cap is set to the value of the general TBC for that financial year. The general TBC is $1.6 million for FY2018 (as indexed in future years). For example, all fund members who are in receipt of an existing account-based pension (‘ABP’) on 1 July 2017, and those who commence an ABP during FY2018, will have a personal TBC of $1.6 million.

This means that net earnings and growth on the assets supporting pensions are ignored when applying an individual’s personal TBC.

Death benefit pensions under the TBC

Typically, a TBA credit arises on the commencement of a pension. However, s 294-­25 of the ITAA 1997 provides that a reversionary pension counts as a credit to a reversionary beneficiary’s TBA.

This means that a reversionary pension paid to a surviving spouse on the death of the first spouse (eg, by way of a reversionary ABP) will impact the surviving spouse’s personal TBC. This may create an excess problem despite the deceased spouse’s pension having already been tested against their personal TBC. This is because a person’s TBA ceases on death under s 294­‑45 of the ITAA 1997, subject to special rules concerning child pensions. Accordingly, the TBA of a deceased member does not carry over to a surviving spouse.

However, there are special rules that modify the timing of when a death benefit pension is credited to a recipient’s TBA in respect of a death benefit:

Thus, for deaths after 1 July 2017, where there is an automatically reversionary pension that reverts from dad to mum on dad’s death (or vice versa — we will not repeat this below and will refer to dad as the one who dies), the credit to mum’s TBA occurs 12 months after dad’s death. This provides a period of time for the surviving spouse to seek advice and adjust their superannuation and pension position to minimise any excess TBC.

However, there is no 12 month grace period available where a new or fresh pension is paid to mum on dad’s death (eg, where dad dies without an automatically reversionary pension or where dad’s superannuation benefit is 100% in accumulation phase). Therefore, in these cases, a credit will instantaneously occur in mum’s TBA on starting her new pension.

Though the provisions about credits in s 294-­25 of the ITAA 1997 only refer to a ‘reversionary beneficiary’, the ATO confirms in its draft ATO Law Companion Guideline (‘LCG’) 2016/D9 that the pension must be an automatically reversionary pension, consistent with the ATO’s view in TR 2013/5, to be eligible for a 12 month TBA deferral to apply.

Having a 12 month grace period provides a critical planning strategy. However, this strategy can only be achieved if quality SMSF documentation is in place. More specifically, the ATO in LCG 2016/D9 states at [32]):

The ATO take a strict legalistic view of what constitutes an automatically reversionary pension, and accordingly, this standard must be satisfied. Many superannuation fund documents (including SMSF and large superannuation fund deeds and pension documents) will fail to satisfy this requirement because the trustee’s discretion is not adequately limited (or, what lawyers refer to as ‘fettered’).

A member’s personal TBC is tracked through their transfer balance account (‘TBA’). A TBA is an account which tracks debits and credits. Broadly, amounts in retirement phase (ie, the pension capital on commencement of a pension) are credited to the TBA. Conversely, amounts commuted from retirement phase (eg, when a pension is converted to a lump sum payment or rolled-back into accumulation) are debited to this account. The net account balance of the TBA called the ‘transfer balance’ (ie, total credits minus total debits) reflects a person’s remaining TBC cap space. Importantly, credit and debit amounts are fixed at the time they are recorded in the TBA and do not reflect changes in underlying asset values.

One of the primary ways of managing a potential excess TBC problem caused by a death benefit pension is by commuting the surviving member’s own pension to create sufficient personal cap space through a debit to their TBA. This strategy can work because a commutation (whether partial or full) of pension capital results in a debit to the member’s TBA which may free up sufficient cap space in the member’s personal TBC to enable a death benefit pension to be received without an TBC excess.

The TBC provisions also anticipate that a negative transfer balance in a member’s TBA can occur, potentially enabling a death benefit pension above $1.6 million to be received by a surviving spouse if the surviving spouse’s own pension interest has experienced significant growth.

From 1 July 2017, spouses may want to work towards achieving more parity in relation to their superannuation account balances to provide greater planning flexibility to manage their TBCs.

However, as noted above, only those fund members with quality superannuation documents that provide an automatically reversionary pension will be eligible for the 12 month grace period in relation to the timing of the credit to the surviving spouse’s TBA.

Example from the explanatory memorandum

The explanatory memorandum to the Treasury Laws Amendment (Fair and Sustainable Superannuation) Act 2016 (Cth) provides a useful example outlining some options on a member’s death (refer to example 3.10):

Kurt has exhausted his transfer balance cap. On 31 October 2018, Katherine passes away, leaving Kurt as the sole beneficiary of her remaining superannuation interests, now worth $800,000.

Kurt may take Katherine’s superannuation interest of $800,000 as a death benefit lump sum, which would have to be cashed out of the superannuation system.

Individuals who exceed their personal TBC will need to commute their superannuation income streams back to accumulation mode (in full or in part) and any notional earnings (see below) on any excess TBC will be subject to tax.

An excess transfer balance tax is payable by the member on the deemed notional earnings on any excess TBC amount. This tax is assessed for the financial year in which a member breaches their TBC. The excess transfer balance tax is 15% on notional earnings for FY2018, and from 1 July 2018 onwards, it is 15% for the first breach and 30% for second and subsequent breaches.

Thus, there is an incentive to remain within a member’s TBC.

There are also substantial changes to transition to retirement income streams (‘TRISs’) from 1 July 2017.

Firstly, TRIS assets will no longer be exempt from tax from 1 July 2017. A TRIS account is not considered to be in ‘retirement phase’. TRIS members will therefore have an incentive to convert to an ABP as soon as they can to obtain a pension exemption. In many cases this will be when they attain age 60 and cease an arrangement of gainful employment. On satisfying this condition of release, the TRIS can convert into an ABP. DBA Lawyers’ documents automatically convert a TRIS to an ABP upon the member attaining a relevant condition of release.

Secondly, a TRIS will not be eligible to be transferred to a reversionary beneficiary on the death of a member — only ABPs can continue to be paid to a reversionary beneficiary after 1 July 2017. Many members with a TRIS that have planned to revert their TRIS on their death to their surviving spouse will need to revise their estate planning. This change may come as a surprise to many.

The new TBC measure is likely to have a significant impact on the succession plans of all fund members who collectively with their spouse have more than $1.6 million in superannuation.

A surviving spouse’s personal TBC will need to be carefully managed to avoid an excess TBC, and in some cases, amounts may need to be rolled back into accumulation mode. Only automatically reversionary pensions obtain a 12 month grace period before a credit arises to the surviving spouse’s TBA. A fresh pension, however, is counted from its starting date. Therefore, quality SMSF and pension documents are needed to maximise flexibility in dealing with the TBC.

TRISs are substantially impacted from 1 July 2017 and every member with a TRIS should examine the tax effectiveness, succession and other aspects of a TRIS before 1 July 2017 to determine whether they should continue with them beyond that date.

Given these changes, every member who has a pension or who should have one, should review their position with the assistance of a suitably qualified adviser.

Facebook0
Twitter0
Google+0
LinkedIn0
Pension changes — are your pension documents up to date?
Impact of the superannuation reforms on legacy pensions