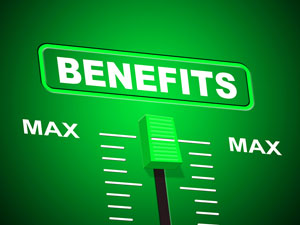 The Department of Treasury on 27 September 2016 released the second tranche of exposure draft legislation and explanatory material in relation to the Federal Government’s proposed superannuation reforms.

These materials provide long-awaited detail on the workings of the $1.6 million transfer balance cap measure. This article explains some key take-away points about this measure.

Treasury has confirmed that this measure impacts less than 1% of all fund members. However, the compliance systems and costs will impact every member for many years to come.

Broadly, the $1.6 million balance cap measure is a limit imposed on the total amount that a member can transfer into a tax-free pension phase account from 1 July 2017.

The general transfer balance cap is $1.6 million for the 2017-18 financial year subject to indexation (see below for further information on the indexation rules).

Usage of personal cap space will be determined by the total value of superannuation assets supporting existing pension liabilities for a member on 1 July 2017, as well as the capital value of any pensions commenced or received by a member from 1 July 2017 onwards.

A member’s available cap capacity over time is subject to a system of debits and credits recorded in a ‘transfer balance account’, which is a kind of ledger whereby amounts transferred into pension phase are credited to the account and amounts commuted or rolled-over are debited from the account.

Earnings and capital growth on assets supporting pension liabilities are ignored when applying the personal transfer balance cap. Thus, a member’s personal balance cap may grow beyond the $1.6 million cap due to earnings and growth without resulting in an excess. As such, a taxpayer who allocates growth or higher yielding assets to their balance cap will generally be better off if their pension assets appreciate in value. However, note the limitations with regards to the segregation method discussed below.

What counts as a credit?

As can be seen from the above list, death benefit pensions count towards to the recipient’s personal transfer balance cap.

The inclusion of death benefit pensions as part of the reversionary beneficiary’s transfer balance cap is in accordance with DBA Lawyers’ prediction in our 1 August 2016 newsfeed article. This aspect will have a significant impact on the succession plans of all fund members who collectively with their spouse have more than $1.6 million in superannuation.

Fortunately, there is an important concession. An excess will only occur as a result of a death benefit pension six months from the date that the reversionary beneficiary becomes entitled to receive the pension. This means there is a grace period for reversionary beneficiaries to commute their pension interest(s) to stay within their personal transfer balance cap without triggering any excess. The exposure draft explanatory memorandum (‘EM’) explains the six month period as follows:

This gives the new beneficiary sufficient time to adjust their affairs following the death of a relative before any consequences – for example, a breach of their transfer balance cap – arise.

Typically, a surviving spouse suffers years of grieving following the loss of a spouse but only has a six month period to make a decision on a reversionary pension if that results in an excess of their personal transfer balance cap.

What counts as a debit?

Ordinary pension payments do not count as debit entries for the purposes of the transfer balance account. Proposed legislative amendments will ensure that partial commutations do not count towards prescribed minimum pension payments. This proposal may also impact a member with an account-based pension electing to convert an amount to a lump sum for claiming their low rate cap.

In addition to the above recognised debits, relief will be available in relation to certain events where an individual loses some or all of the value of assets that are held in pension phase. The proposed relief concerns family law payment splits, fraud and void transactions under the Bankruptcy Act 1966 (Cth). In these circumstances, an individual will be able to apply to the ATO for relief so that their transfer balance account can be debited to restore their personal transfer balance cap, eg, if a member is defrauded of their super savings and the perpetrator is convicted, then a debit (or restoration) can be made to their transfer balance account.

At this stage, there is no relief proposed in relation to a major economic downturn eroding the value of fund assets held in pension phase. Therefore, if another global financial crisis were to occur, any adverse economic effects on the assets supporting pensions could substantially impair a member’s personal transfer balance cap.

Individuals who exceed their personal transfer balance cap will have their superannuation income streams commuted (in full or in part) back into accumulation phase and notional earnings (see below) on the excess will be subject to an excess transfer balance tax.

The draft EM provides the following example of an excess transfer balance (refer to example 1.14):

On 15 October 2017, the Commissioner issues an excess transfer balance determination to Rebecca setting out a crystallised reduction amount of $401,414 (excess of $400,000 plus 14 days of notional earnings). Included with the determination is a default commutation authority which lets Rebecca know that if she does not make an election within 60 days of the determination date the Commissioner will issue a commutation authority to Bec’s Super Fund requiring the trustee to commute her $1 million superannuation income stream by $401,414.

As can be seen from the above example, there is some flexibility built into the system for proactive rectification where an excess transfer balance occurs.

Indexation of the balance cap

The transfer balance cap is indexed in increments of $100,000 on an annual basis in line with the Consumer Price Index.

The proportioning formula as applied to an example increase of $100,000 is as follows:

An example of how the proportioning formula applies in practice is set out below.

The above answer does not change if John partially commutes his pension prior to the indexation increase, as the formula is based on John’s highest transfer balance (ie, $800,000).

A member who has exhausted or exceeded their personal transfer balance cap will not be eligible for any cap indexation.

The draft legislation also provides CGT relief which broadly enables the cost base of assets reallocated from pension to accumulation phase to be refreshed to comply with the transfer balance cap or the new transition to retirement income stream arrangements. The draft EM states:

Complying superannuation funds will now be able to reset the cost base of assets that are reallocated from the retirement phase to the accumulation phase prior to 1 July 2017.

Where these assets are already partially supporting accounts in the accumulation phase, tax will be paid on this proportion of the capital gain made to 1 July 2017. This tax may be deferred until the asset is sold, for up to 10 years.

Broadly, where an asset is supporting a pension liability using the unsegregated or proportionate method, an SMSF trustee can elect to obtain CGT relief to reset the cost base of an asset to its market value on 1 July 2017 subject to the following requirements:

Thus, an SMSF trustee may elect to reset the cost base of an asset. This election may be applied on an asset by asset basis as some may prefer not to reset the cost base of all eligible assets to market value, eg, a particular asset’s market value may be lower than its cost base and a cost base reset in that context could result in a greater future capital gain. Further, this election can be made in the SMSF’s FY2017 annual return and does not need to be made prior to 1 July 2017 (as is the case for a CGT reset for a segregated asset as discussed above).

The net capital gain attributable to the accumulation interest that is not exempt under the exempt current pension income provisions is taxed at 15% subject to the 1/3 CGT discount available for assets held for more than 12 months. Refer to examples 1.45, 1.46 and 1.47 in the draft EM.

Although the prospect of resetting the cost base of current pension assets may be attractive in the lead up to 1 July 2017, paragraph 1.226 of the draft EM reminds SMSF trustees not to overlook the general anti-avoidance provisions in part IVA of the Income Tax Assessment Act 1936 (Cth). This paragraph of the EM states:

The CGT relief arrangements are only intended to support movements of assets and balances necessary to support the transfer balance cap and changes to the TRIS. It would be otherwise inappropriate for a fund to wash assets to obtain CGT relief or to use the relief to reduce the income tax payable on existing assets supporting the accumulation phase. Schemes designed to maximise an entity’s CGT relief or to minimise the CGT gains of existing assets in accumulation phase may be subject to the general anti-avoidance rules in Part IVA …

Naturally, the impact of the CGT reset provisions will need to be carefully considered as there are numerous strategies that will unfold under the draft proposals.

The proposed $1.6 million transfer balance cap measure involves substantial changes to Australia’s superannuation system, especially the tracking of each member’s personal balance cap. The balance cap proposal will reduce the tax effectiveness of pensions due to the new cap and have a major impact on succession planning strategies giving rise to substantially more tax payable overall in respect of death.

In particular, many couples will not like the fact that their deceased spouse’s reversionary pension gets ‘retested’ to a surviving spouse where the surviving spouse is subject to only their own $1.6 million personal balance cap. The Government has seen that raising extra tax revenue is preferred rather than allowing a deceased spouse’s pension that would have already been tested within their personal transfer balance cap to revert to a surviving spouse. We see this as a major issue that is likely to arise in submissions.

The draft legislation does not reveal that any alternative systems of administering the balance cap have been examined. This is a great pity as 100% of members will pay for a complex and expensive system that is only expected to impact less than1% of fund members. The tax system relies on self-assessment, why should it be any different for the balance cap?

Please call/email if you have any queries.

Note that the above commentary is a general summary only based on exposure draft legislation and explanatory material that is subject to change. For full details, see https://consult.treasury.gov.au/retirement-income-policy-division/super-reform-package-tranche-2