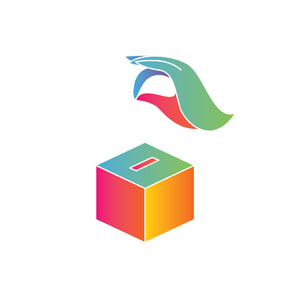 On Friday 14 October 2016, Treasury released the third tranche of draft legislation to implement the announcements in the Federal Budget. The principal component of this tranche was the new non-concessional contribution rules.

Hidden in the legislation is a very important concession. I envisage that advisers will only need to apply it a handful of times in their careers. However, when they do apply it, it will be some of the most important and helpful advice that can be provided.

(Note that this article must be read subject to the discussion regarding the AFSL regime at the end.)

I want to stress two aspects: Firstly, the above is not the only combination of facts that can be covered by s 292‑95 (ie, be a structured settlement contribution). Again, advisers should read s 292‑95 in full. Secondly, the clock ticks very quickly. To be covered by s 292‑95 — and thus to get the benefit of the ‘hidden gems’ that I will discuss in this article — broadly the contribution must be made within 90 days of receipt of the payment. Clients might not tell advisers promptly when they receive a compensation payment. Accordingly, advisers should be pro-active about this and upon the first ‘whiff’ that a client might receive a compensation or similar payment, should start alerting clients to these rules.

What are the concessions for structured settlement contributions?

There are two key concessions for structured settlement contributions.

The first is contained in the proposed s 307‑230(2). Broadly, this provides that, when determining how much money a person has in superannuation (ie, their ‘total superannuation balance’), ignore any money that came from a structured settlement contribution.

Naturally, this important because, under the new non-concessional contribution rules contained in the third tranche of draft legislation, if immediately before the start of the year, a person’s ‘total superannuation balance equals or exceeds the general transfer balance cap for the year’ (which will start at $1.6 million on 1 July 2017), then the person has a nil non-concessional contributions cap for the year.

The second key concession is contained in the second tranche of legislation that was released in late September. At the risk of oversimplification, it provides that a structured settlement contribution is a debit to a person’s transfer balance account (see item 2 in the table in the proposed s 294‑70). Effectively, this means that the $1.6 million cap on how much can be used to commence a pension (and thus how much can be covered by the pension income tax exemption) does not apply to pensions funded by structured settlement contributions.

Consider the following example from the draft explanatory memorandum that accompanied the third tranche:

Masayo is self-employed and has been making contributions to her account in her self-managed superannuation fund Couture Super, which is her only superannuation interest. At 30 June 2017 Masayo had not yet commenced any superannuation income streams and the total of her accumulation phase value is $1 million.

In the 2017-18 financial year Masayo is involved in an accident that results in her receiving a structured settlement of $2 million which she contributes to Couture Super on 15 May 2018.

In the above example, Masayo could also then:

A final word of warning: the AFSL regime

Naturally, advisers must remember all of the usual requirements when advising on contributions, pensions and the like. One very timely aspect is the AFSL regime. Naturally, I will not discuss this aspect ‘chapter and verse’, however, those advisers who have entered the AFSL regime, may well need to provide a statement of advice and those who have not entered the regime need to think very carefully about how appropriate information can be provided to their client while complying with all relevant laws. For accountants in the second category, they might consider something along the lines of a letter to their client setting out certain objectively ascertainable facts (eg, the structured settlement contribution rules detailed in this article) along with a recommendation to seek advice from an appropriately licensed adviser and the appropriate disclaimers.

For more information regarding AFSL issues, you might consider: