By Bryce Figot on 30/09/2020 in Announcements, ATO, Contributions, Taxation 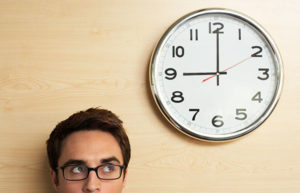 The ATO recently released Practical Compliance Guideline PCG 2020/6. The guideline considers the timing of income tax deductions for superannuation contributions made through the Small Business Superannuation Clearing House (‘SBSCH’) and the ATO’s compliance approach. However, it is also a timely reminder on when to make contributions more generally.

The ATO’s position is that a contribution of money is made when the amount is received by the superannuation provider or credited to the relevant account (TR 2010/1 [183]).

This position was confirmed by the Federal Court in Liwszyc v Commissioner of Taxation [2014] FCA 112. In this case, Mr Liwszyc was the director of Southern Fluids Technologies Pty Ltd (‘SFT’). On 30 June 2009 the bookkeeper of SFT made two superannuation contributions in respect of Mr Liwszyc. The payments were made via BPay. However, the superannuation fund (AMP Superannuation Trust) did not show the contributions as having been received until 1 July 2009.

Naturally this approach can cause all sorts of practical issues for employers!

The guideline applies both before and after its date of issue.

The guideline is very practical and the ATO should be commended for it.

Taxpayers must remember that the guideline only applies to employers making superannuation contributions by way of payment to the SBSCH.

The guideline offers no protection for taxpayers who make:

I feel this is still the case.