By Daniel Butler on 28/03/2018 in Announcements, ATO, SMSF compliance, Taxation 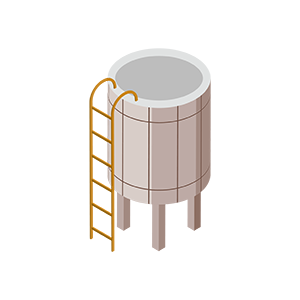 (Note: For more information regarding SMSF reserves, a recorded version of a webinar from Thursday 22 March 2018 on the topic is available at the following link: http://www.dbanetwork.com.au/dbalawyers/seminars3/7846/SMSF-Reserves-Webinar.html.)

Is there any protection offered by SMSFRB 2018/1?

SMSFRB 2018/1 is the first release of a new product for the ATO to communicate its concerns about ‘new and emerging arrangements that pose potential risks to SMSF trustees and their members from a superannuation regulatory and / or income tax perspective’. SMSF trustees and members who rely on SMSFRBs are provided with limited protection as noted in the preamble to SMSFRB 2018/1, namely: ‘To the extent that this Bulletin provides guidance to you, and you apply it in good faith to your own circumstances, the Commissioner will administer the law in accordance with the guidance outlined in this Bulletin.’

What are the ATO’s main concerns?

In his speech at the SMSF Association National Conference in February 2018, James O’Halloran, (Deputy Commissioner, Superannuation, ATO) provided the following statistics about the use of reserves as at September 2016:

The ATO expects that SMSFs will generally only seek to create or increase reserves after 1 July 2017 in limited circumstances and only for ‘specific and legitimate purposes’. Broadly, reserves that existed before 1 July 2017 will not be scrutinised by the ATO unless the facts and circumstances indicate that that those reserves are being used to circumvent restrictions imposed by the mid-2017 superannuation reform measures.

According to the ATO, the use of a reserve in an SMSF may raise regulatory concerns. These include:

The superannuation reform measures that were announced in the 2016-17 Budget and came into operation on 1 July 2017 introduced the concepts of a member’s total superannuation balance (‘TSB’) and a member’s transfer balance account (‘TBA’). The ATO’s concern is directed at potential use of reserves as a means of manipulating a member’s TSB and/or a member’s TBA to circumvent restrictions imposed in the superannuation and income tax legislation. The ATO will scrutinise certain types of arrangements with a view to determining whether Part IVA of the Income Tax Assessment Act 1936 (Cth) applies. According to the SMSFRB 2018/1, the main types of arrangements include (but are not limited to):

In scrutinising these arrangements, the ATO will consider whether a tax benefit has been obtained in connection with a scheme and whether the main purpose of a person who participated in the scheme, or a part of it, was to enable a taxpayer to obtain that tax benefit.

In the Appendix to SMSFRB 2018/1, the ATO elaborates on its concerns. The ATO also expresses its view on:

What is the ATO doing?

The ATO will continue to monitor the use of reserves by SMSFs.

However, the ATO will not apply compliance resources to review arrangements entered into by SMSFs before 1 July 2017 provided that both of the following two conditions are satisfied:

What do SMSF trustees and members need to do?

The ATO encourages SMSF trustees and members to seek independent professional advice or approach the ATO for advice before making a decision about whether to use reserves in their SMSF.

The ATO’s position in relation to the use of reserves by SMSFs has been clarified. However, the ATO’s position does not necessarily reflect the law and where in doubt, expert advice should be obtained. Naturally, for advisers, the Australian financial services licence under the Corporations Act 2001 (Cth) and tax advice obligations under the Tax Agent Services Act 2009 (Cth) need to be appropriately managed to ensure advice is legally provided.

SMSF trustees and members who are currently using or planning to use reserves should ensure that there is appropriate documentation in place to support its use. DBA Lawyers offers advisory services in this regard.

(Note: For more information regarding SMSF reserves, a recorded version of a webinar from Thursday 22 March 2018 on the topic is available at the following link: http://www.dbanetwork.com.au/dbalawyers/seminars3/7846/SMSF-Reserves-Webinar.html.)

Facebook0
Twitter0
Google+0
LinkedIn0
Total superannuation balance milestones
What is the status of contribution reserving in light of SMSFRB 2018/1?