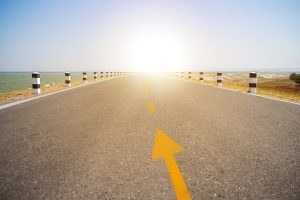 The total superannuation balance (‘TSB’) is one of the most important new concepts introduced as part of the major superannuation reforms that broadly came into effect on 1 July 2017. Many superannuation obligations and rights depend on a member’s TSB: broadly the total amount a person has in all Australian superannuation funds, including amounts in pension phase and accumulation phase. This article aims to highlight the main TSB milestones that individuals and advisers need to be aware of under the new super rules.

Broadly, if an individual’s total superannuation balance just before the start of the relevant financial year (‘FY’) is less than $500,000, they may be able to access an increased concessional contributions (‘CCs’) cap where the individual has not fully utilised their CC cap for one or more of the previous five FYs effective from 1 July 2018. Further details can be found in s 291-20 of the Income Tax Assessment Act 1997 (Cth) (‘ITAA 1997’).

It should be note that the $500,000 figure is not subject to indexation.

Generally, SMSFs are not required to report under the Australian Taxation Office’s (‘ATO’s’) transfer balance account report (‘TBAR’) regime on a compulsory basis until 1 July 2018. Though it should be borne in mind that some SMSFs may wish to commence voluntary reporting earlier than this date where members are subject to other TBAR transactions in respect of their APRA-regulated funds which have already commenced real-time reporting.

Under an ATO administrative concession, the TBAR reporting frequency that applies to SMSFs paying existing (ie, pre-1July 2017) retirement phase pensions depends on the TSB of the fund members. The reporting concession is as follows:

Similarly, for SMSFs commencing to pay retirement phase pensions on or after 1 July 2017, the fund’s reporting frequency depends on the above TSB milestones.

However, certain defined events (eg, an ATO directed commutation) must be reported sooner.

It should be noted that the $1,000,000 TSB threshold for TBAR is not subject to indexation, and an SMSF’s reporting frequency does not change once it has been locked in to a particular reporting cycle.

Individuals under age 65 who are considering triggering a bring forward of their NCCs should check that they satisfy the additional TSB eligibility criteria in s 292-85(3) of the ITAA 1997. Assuming the relevant eligibility criteria are satisfied, an individual’s TSB immediately before the start of the first year determines whether they will be able to ‘bring forward’ between two or three years’ worth of the annual NCCs cap. In order to ‘bring forward’ the maximum amount of three years’ worth of the annual NCCs cap, the difference between the general transfer balance cap (‘TBC’) and the individual’s TSB at the test time must exceed an amount equal to twice the annual NCCs cap.

Effective from 1 July 2017, SMSFs (and small APRA funds) will be precluded from using the segregated method to claim exempt income in certain circumstances. Section 295-387 of the ITAA 1997 sets out the criteria for this limitation applying and it is known as the disregarded small fund assets rule. One criterion for the rule applying is that a small fund member has a TSB that exceeds $1,600,000 just before the start of the income year where the fund has at least one retirement phase member.

Broadly, one common scenario that would be caught by the disregarded small fund assets rule is where there is an SMSF paying a retirement phase pension to a member who has a TSB above $1,600,000 on 30 June. Under the rule, the fund would be required to apply the unsegregated method for calculating its exempt current pension income in the following income year.

It should be noted that this $1,600,000 threshold is not subject to indexation.

Making an NCC without an excess

In order to have an NCCs cap greater than ‘Nil’ for an income year, an individual must not have a TSB equal to or exceeding the general TBC immediately before the start of the FY of the contribution. Accordingly, if an individual’s TSB immediately before the start of FY2018 equals or exceeds $1,600,000, then they cannot make any NCCs for FY2018 without triggering the excess NCC regime.

Under the new super rules, many fundamental superannuation rights and entitlements are affected by the TSB. Accordingly, individuals and their advisers will need to carefully monitor their TSB as part of tax effective retirement planning.

Given that most of the TSB milestones discussed in this article are tested at the end of the prior FY, there may be opportunities for members with a TSB around a particular milestone to fall within the desired TSB threshold by virtue of prior FY planning (eg, by paying additional benefits).

Also, a member’s TSB may differ to the member’s account balance reflected in an SMSF’s financial statements. Broadly, an SMSF’s financial statements must reflect the market value of assets in accordance with reg 8.02B of the Superannuation Industry (Supervision) Regulations 1994 (Cth). However, broadly, a member’s accumulation interest in an SMSF can be reflected at it’s realisable value (ie, after disposal costs are considered). This may open up planning strategies where a member may otherwise be precluded from a particular strategy due to their TSB by having the member’s TSB revised to reflect the realisable value of the member’s accumulation interest which may open up the strategy, eg, the ability to make an extra $100,000 NCC.

This is a complex area of law, and where in doubt, expert advice should be obtained. Naturally, for advisers, the Australian Financial Services Licence under the Corporations Act 2001 (Cth) and tax advice obligations under the Tax Agent Services Act 2009 (Cth) need to be appropriately managed to ensure any advice provided is within the bounds of the law.