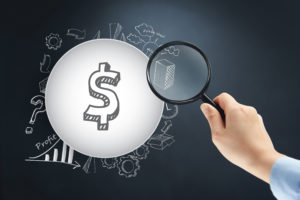 The decision of D18-19\002 is what we understand to be the first decision of a court or tribunal requiring a trustee of a superannuation fund to refund fees debited to a member and paid to financial advisers who did not provide any services to the member.

The member (being the complainant in D18-19\002) was admitted to a large superannuation fund (‘Fund’) in 1990. In 1999, a member statement showed employer contributions paid into her account for the year ended 30 June 1999 of $2,371.13 from which a contribution fee of $118.56 had been deducted. The statement also included, under the heading ‘Contribution Fee’, the following: ‘We charge a fee of up to 5% on all contributions, including transfers and rollovers’.

In 2013, the member sought to consolidate her superannuation interests and rolled over two separate benefits into the Fund. Upon each of these rollovers, a 5% contribution fee (totalling $8,431.82) was deducted from the member’s benefit.

The member then contacted the Fund to complain that the contributions fees had been deducted from the two amounts she transferred to the Fund, and was told that these fees were paid to her financial adviser. The member responded that she had not been in contact with any financial adviser and sought a refund of the contribution fees that had been debited to her account. The Fund representative confirmed that the adviser would be removed from the member’s account, but the Fund refused to refund the fees.

The Fund maintained that when the member completed her application for membership in 1990, she had a financial adviser and that the customer information brochure disclosed that a contribution fee of 5% would apply.

The member complained that if the Fund had advised her years ago that she could remove the name of the financial adviser from her account, she would have done so and the contribution fees would not have been deducted from her contributions.

Commissions for no service?

According to the contentions of the Fund trustee (‘Trustee’), the member had an adviser when she was first admitted to the Fund, with a new adviser being appointed for her in 2003. Despite never having made contact with the member, the adviser received commissions on the member’s contributions to the Fund. The member acknowledged that a management fee was disclosed to her, but the details of how this fee was to be applied were not disclosed, and she was not advised that it was paid as a commission to an adviser. The member submitted to the Tribunal that no activity or service had been provided that would qualify an adviser for the receipt of a commission. Importantly, neither the Trustee nor the adviser had advised the member of the existence of her financial adviser or what services she was entitled to from that adviser, and the member terminated the adviser’s connection to her account in the Fund as soon as she became aware of it in January 2015.

The Trustee made the following submissions to the Tribunal:

The Tribunal rejected the bulk of the Trustee’s submissions, going on to say in the decision that ‘to call a fee that is charged an administration charge when the whole of the fee is paid as a commission to a financial adviser could be regarded as misleading’.

The Tribunal found that the member did not appoint a financial adviser as part of her membership application, and that the member (and all other members) should have been advised of the change in 2008 that the 5% fee would no longer apply if the member requested the removal of a financial adviser linked to that member’s account. In reaching this view, the Tribunal referred to the fundamental trust law principle that ‘trustees have a duty to act impartially between the beneficiaries in order to avoid benefiting one set of beneficiaries at the expense of another set’.

The Tribunal concluded that the Trustee’s decision to refuse to refund the contribution fees debited to the member’s account after the 2008 decision was not fair and reasonable, and ordered the Trustee to refund these amounts.

The Trustee has appealed the decision to the Federal Court, so stay tuned for further updates.

This decision shows that, especially after the recent hearings in the Royal Commission into Misconduct in the Banking, Superannuation and Financial Services Industry, transparency of fees for service is a key issue.

We also note that the Superannuation Complaints Tribunal will be replaced by the Australian Financial Complaints Authority (AFCA) from November 2018. Please refer to our recent articles on this topic here and here.

Facebook0
Twitter0
Google+0
LinkedIn0
Update on the Australian Financial Complaints Authority(AFCA)
Why should the deposit be paid by the SMSF trustee?