By Bryce Figot on 02/11/2020 in ATO, Contributions, Taxation, Trustee education 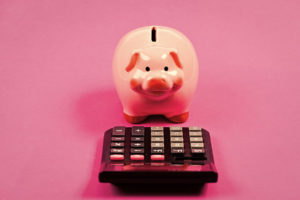 The recent AAT decision of Purcell and Commissioner of Taxation [2020] AATA 4235 serves as an important reminder when making superannuation contributions.

For the full decision, see http://www.austlii.edu.au/cgi-bin/viewdoc/au/cases/cth/AATA//2020/4235.html. A summary of the fact is as follows.

The associated earnings were essentially calculated as:

Nature of the dispute

She appears to have had two reasons for this objection.

Firstly, she appears to have claimed that the earnings rate (ie, an annual rate of 8.73%) was too high and effectively a penalty. I infer that the actual earnings rate in the fund was lower than 8.73%.

Secondly, she appears to have claimed that it was unfair that the proxy rate was applied to the excess amount not from the date the contributions were actually made (in May 2018) but rather from 1 July 2017.

Accordingly, the AAT decided to affirm that the determination was valid.

The decision serves as a reminder of several lessons: