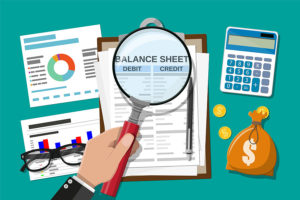 The ATO recently published Law Administration Practice Statement PS LA 2020/3 to guide ATO staff on how to apply administrative penalties. This provides the methodology on how ATO case officers make determinations on imposing and remitting penalties for contraventions under s 166 of the Superannuation Industry (Supervision) Act 1993 (Cth) (‘SISA’).

If a contravention is reported or detected by the ATO, there are four steps that the ATO case officer should apply when administering penalties:

In addition to imposing penalties, the ATO has the power to apply one or more of the following compliance treatments:

This article focuses on how the administrative penalty system applies to self managed superannuation funds (‘SMSF’). For simplicity, we refer to the term ‘trustee’ as including a director of a corporate trustee.

Under s 166, the ATO can impose administrative penalties in respect of certain rules including the following:

A penalty unit is currently $222 and is subject to increases with the consumer price index. The penalty unit amount is indexed each third July and will increase again on 1 July 2023. Indexation of the penalty unit was introduced in July 2017 when each penalty unit then was $180 thus there has been a sizeable (23%) increase in the amount of each penalty in the past three years.

When applying administrative penalties, the ATO has an unfettered discretion to remit all, part or none of a penalty imposed under s 166. When deciding whether remission is appropriate, the ATO consider the following:

The main objectives of the penalty provisions are to encourage voluntary compliance, promote consistent treatment and shift the behaviour of the trustee to not contravene again. The ATO consider the specific circumstances that resulted in a contravention before determining any remission.

Once the total penalty amount has been determined, the case officer must give written notice to each trustee of their liability and the reasons for this and an explanation on any remission.

The above would be weighed against factors not in support of remission, which the ATO state include:

The important take away for trustees is that having good compliance history and taking swift action to rectify a contravention will work in their favour. The ATO appears to welcome trustees who take initiative, and this may help avoid more serious outcomes.

Hints on remission from the examples in the PS LA

The practice statement outlines the ATO methodology for its case officers to follow in respect of imposing and remitting penalties in 12 practical and typical examples.

Example 1 involves an SMSF providing a loan to a member where the trustee failed to seek repayment on six different occasions over two financial years. Each such failure was treated as a contravention subject to 60 penalty units, ie, 6 multiplied by 60 penalty units multiplied by $222 per penalty unit, ie, 360 penalty units x $222 = $79,920. Since there were two individual trustees the combined penalty was $159,840 (ie, 2 x $79,920). However, given this example involved a single course of conduct involved, the ATO case officer could remit the penalty to $13,320 for each trustee (ie, 60 x $222), as one penalty is appropriate for a contravention that relates to a single course of conduct.

Example 8 is based on similar facts to example 7 but the trustees withdraw 10 separate amounts of $5,000 to buy the new car worth $50,000 in the same financial year (ie, 10 x $5,000). Based on the facts in example 8, the ATO case officer could remit, in addition to the usual penalty (multiplied by 10) for the secondary (s 65) contravention but also the multiple penalties for the same event and could impose a single penalty of $4,440 on each trustee rather than imposing a $44,400 penalty (being 10 x 20 = 200 penalty units per trustee) for the multiple contraventions of the primary contravention. Thus, a potential $288,000 penalty in this example could be remitted to $8,880 (note the penalty units were lower in FY2016).

Example 9 provides an example of how the ATO may treat a primary and secondary contravention in relation to a loan that resulted in a contravention of s 65 (loan to a member) and pt 8 (in-house assets) over two distinct financial years resulting from two separate loan agreements. The case officer decided that the primary penalty for s 65 should apply for two financial years. That is $13,320 x 2 = $26,640 for each trustee.

Note that in example 8, the 10 x $5,000 separate withdrawals were all made in the same financial year and were considered a single course of conduct. However, in example 9, there were two separate loan agreements made in two separate financial years that were treated as separate contraventions. Another important factor reflected in example 9 was that, even though Mr Smith was the active trustee who made all the decisions, the fact that Mrs Smith was a passive trustee who was aware of the loans did not result in any additional remission for her; ie, passive trustees should not remain passive and should seek involvement and accountability.

SMSF trustees must therefore play by the rules or suffer the consequences. Trustees should obtain advice before implementing any strategy, embarking on any significant transaction or where there is any doubt. Where there is a contravention, timely action should be taken to minimise any adverse consequences.

Administrative penalties can result in substantial penalties and one may question whether the ‘punishment fits the crime’? Indeed, we have been involved in numerous client assignments and in one case the initial s 166 penalty was well in excess of $500,000 prior to any remission. Considerable work was then involved in seeking remission.

DBA Lawyers has assisted many SMSFs and trustees in relation to administrative penalties, ATO audits/reviews, notices of non-compliance, notices of disqualified person status and a range of other penalties. We also regularly assist SMSFs in relation to the ATO’s early engagement and voluntary disclosure service.

DBA Lawyers has also assisted many SMSFs and trustees in relation to their communications with the ATO including with preparing objections, seeking reviews by the AAT and appealing to the Federal Court. When an SMSF trustee lodges a formal objection they must cover each relevant ground of objection in appropriate detail. If the objection is unsuccessful, the trustee may wish to seek a review of the objection by the AAT or, if it involves a question of law, appeal to the Federal Court.