The Commissioner of Taxation’s recently released annual report for 2013-14 discloses an alarming increase in the number of self managed superannuation fund (‘SMSF’) trustees (and directors of SMSF trustee companies) that are being declared disqualified persons by the ATO.

The figures below on the ATO’s other compliance activities are not remarkable. This other activity includes rendering SMSFs non-complying (and their assets being subjected to hefty tax and potential penalties) and issuing enforceable undertakings to SMSF Trustees (requiring rectification within a specified deadline). 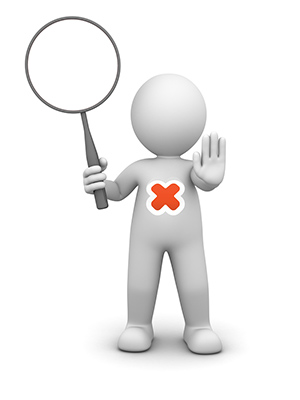 The ATO have recently implemented a more comprehensive case selection model to better target SMSFs with significant or multiple issues leading to the higher likelihood of disqualification and non-compliance. In particular, the ATO is increasingly prepared to disqualify persons where they may have, for instance, contravened one or more provisions of the Superannuation Industry (Supervision) Act 1993 (Cth). The ATO may then consider that person is no longer suitable to run an SMSF. This action may be taken in addition to or instead of other compliance action such as rendering the fund non-complying.

For example, an SMSF may have provided loans to members or related parties over a number of years in breach of superannuation law. The ATO may then request enforceable undertakings to rectify contraventions and to render the fund non-complying (resulting typically in a large tax assessment) and also disqualify that person from ever being involved in an SMSF as a trustee or director. Moreover, from July 2014 a range of new administrative penalties can readily be imposed by the ATO and there is no need for court action nor any need for the ATO to prove intent.

The ATO is now pushing for disqualified person status more often in settlement cases when it loses confidence in the individuals running a fund. Surprisingly, many do not realise the substantial adverse implications that may follow.

First a disqualified person should technically cease to be a trustee/director immediately and they have up to 6 months to either appoint an approved trustee such as a large professional trustee (that is specially licensed to be a trustee of an SMSF) or they must roll over their benefits to a large superannuation fund. This hits hard where the member has selected investments that they wish to maintain as many approved trustees will not want to maintain assets such as residential or business real property or specific investments in private unit trusts or companies given most approved trustees mainly invest in main stream investments that are readily traded on established and liquid markets.

Moreover, many people don’t realise that this may adversely impact their professional, business or personal reputation. Typically these days, social media plays an active part of everyone’s reputation. So if a client is looking for a professional or business service, then a Google search of their name will reveal they have been disqualified. Similarly, if a person is looking for employment and they are disqualified this is another significant barrier to gaining a future job. The official ATO notice of disqualification broadly states that ‘you are not a fit and proper person to be an SMSF trustee/director’. The ATO is well aware of this adverse impact and see this as having a possible deterrent effect. However, many have no idea how badly this may impact them in a financial and reputational sense. A number of disqualified persons are continually required to explain that being disqualified from being an SMSF trustee/director does adversely impact their service or business offering and can also result in a significant decline in future business and income.

The ATO statistics also reveal a significant increase in the number of disqualified persons related to the ATO’s campaign over recent years disqualifying those involved with illegal early access schemes (ie, those seeking access to super prior to attaining a relevant condition of release such as retiring after attaining their applicable preservation age of between 55 to 60 years). Indeed, the ATO have targeted a number of ‘promoters’ who sought to take advantage of certain socio-economic groupings by tempting them to roll over their super savings from their large superannuation fund to an SMSF so they could illegally access their super savings. This activity, according to ATO reports, involved some promoters attending workplaces and providing information about a scheme where people could access their super at any time and the promoter would pocket a suitable fee. This activity was also the subject to a recent increase in penalties aimed at such promoters. (For a recent article on point, please click: http://www.dbalawyers.com.au/ato/watch-early-release-super-schemes-vuong-fct-2014-aata-402/.)

Another reason why someone can be disqualified from running an SMSF is where they have committed an offence involving dishonesty. People with convictions involving dishonesty, wherever this occurred in the world and whenever. A special waiver can be applied for if the penalty was less than two years imprisonment. For further information refer: http://www.dbalawyers.com.au/ato/smsf-trustees-disqualified-due-dishonest-conduct/

Thus, SMSF trustees/directors must carefully manage their SMSFs within the safe bounds of superannuation law to ensure they do not get disqualified forever.