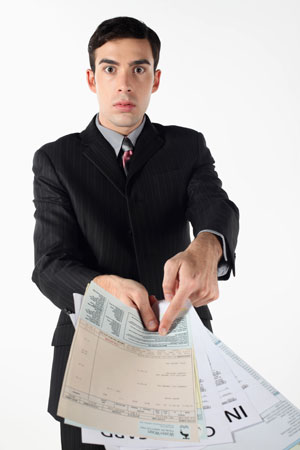 Ms Debbie Morris was married to Mr Michael Foreman. They had two children: Gracie (born in July 2011) and Wes (born in January 2013).

Mr Foreman died in May 2013, leaving Ms Morris as a widow and leaving Gracie and Wes as paternal orphans.

After becoming bankrupt, Ms Morris received payments in respect of policies that the late Mr Foreman held with the AustSafe Super Fund and the Plum Superannuation Fund. More specifically:

Under s 58(1) of the Bankruptcy Act 1966 (Cth), where a debtor becomes bankrupt, their property vests in their bankruptcy trustees.

However, there are certain exceptions. The key exceptions are in s 116(2)(d) of the Bankruptcy Act 1966 (Cth), which provides that the concept of ‘property divisible among creditors’ does not extend to:

Arguments made by the bankruptcy trustees

Ms Morris’ bankruptcy trustees contended that the payments did not fall within the exceptions listed above. They submitted that it was a noteworthy feature of ss 116(2)(d)(iii) and 116(2)(d)(iv) that, in contrast to ss 116(2)(d)(i) and inferentially, 116(2)(d)(ii), there was no express reference to the spouse or de facto partner of the bankrupt.
Ms Morris however contended that they did, more specifically, being covered by either:

Logan J noted the ‘unqualified reference in s 116(2)(d)(iv) to “a payment to the bankrupt from such a fund”’ [emphasis added]. Similarly, he noted that:

Accordingly for this, and other reasons, Logan J dismissed the application by Ms Morris’ bankruptcy trustees and allowed Ms Morris to keep the payments.

In my opinion, the most interesting aspect is the consideration of 116(2)(d)(iv) (ie, that a payment from a superannuation fund that is not a pension is not available to creditors during bankruptcy). Also, it is this last aspect that has received the least amount of judicial consideration. As Logan J noted ([22)]:

Neither the research of counsel nor my own, has disclosed prior authority concerning the meaning and effect of s 116(2)(d)(iii) or (iv) of the Bankruptcy Act.

This last aspect is so interesting because theoretically it means that someone could become a bankrupt with, say a $10 million interest in a regulated superannuation fund and so long as that person receives lump sum payments instead of pension payments, that person can keep those payments. However, the exact extent of this is yet to be fully tested.

This case shows though that it is not to be construed narrowly. Rather, the correct approach is probably a more expansive reading that favours protecting superannuation, even if paid to someone who is not the member (eg, a spouse as such was the case here). Logan J cited with approval the following comments from a 1960 decision of the Federal Court of Bankruptcy:

The legislatures of Australia, of both Colony and State, have passed many enactments relating to life assurance policies designed to encourage thrift and to enable persons to make provision for their dependants. The policy of these enactments was expressed in the form of affording protection of these policies against the claims of creditors.

A reminder for SMSFs

The decision in Trustees of the Property of Morris (Bankrupt) v Morris (Bankrupt) [2016] FCA 846 did not involve SMSFs. Although the bankruptcy protection laws do not distinguish between SMSFs and large superannuation funds, remember that a ‘disqualified person’ must not be a trustee of a superannuation entity. A disqualified person includes a person who is an insolvent under administration (which includes an undischarged bankrupt).

This means that if a person has an SMSF, they must resign/retire as a trustee (or director of the corporate trustee) before becoming bankrupt. Failure to do so can result in significant negative implications. After the person resigns/retires, the SMSF will probably fail to meet the basic conditions necessary to be an SMSF. Naturally, this is because there will be a member who is not a trustee (or a director of the corporate trustee). However, this is not necessarily fatal because the SMSF has a period of grace of up to six months in which to restructure. Restructuring can include rolling the bankrupt’s superannuation interests to a non-SMSF superannuation fund and then terminating the SMSF. Alternatively, it can involve appointing an RSE licensee to act as trustee of the SMSF (at which point the fund would stop being an SMSF and would become another type of superannuation fund). Although RSE licensees can be expensive, this is preferable where the fund has ‘lumpy’ non-liquid assets that cannot readily be rolled to another superannuation fund.