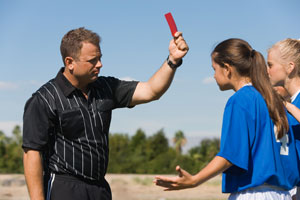 Convicted of an offence in respect of dishonest conduct

One way that a person is a disqualified person is if they were ever convicted of an offence ‘in respect of dishonest conduct’, whether the conviction was under Australian law or the law of a foreign country. Whether an offence is ‘in respect of dishonest conduct’ is not elaborated on by the law, so it can sometimes be a substantial task to determine whether the definition applies. Putting such uncertainties aside, a person who is in fact convicted of an offence in respect of dishonest conduct is a disqualified person for life. The exception to this rule is a very limited window to apply to the ATO to waive a person’s disqualified status. Such an application must be made within 14 days of the conviction. Accordingly, a person who anticipates such a conviction must act extremely quickly. An application outside of this 14 day period can only be considered by the ATO if the ATO is first satisfied that there are ‘exceptional circumstances’ that prevented the application from being made on time. These exceptional circumstances would likely be difficult to establish. Also, the waiver can only occur if the offence did not involve serious dishonest conduct, meaning that the penalty was no more than two years imprisonment and any fine was no greater than a specified amount.

The ATO can take action to disqualify a person in certain circumstances. ATO statistics show an overall increase in the number of disqualifications over recent years.

One method open to the ATO is to disqualify because of contraventions of the Superannuation Industry (Supervision) Act 1993 (Cth). The ATO must take into account the nature or seriousness of the contraventions or the number of contraventions. Another method open to the ATO is to disqualify if it is satisfied that a person is not a ‘fit and proper person’ to be a trustee. The ATO have stated in PS LA 2006/17 that they may consider matters such as compliance with tax law, dealings with regulatory bodies, honesty, competence and ability to satisfactorily answer ATO questions. Once disqualified under this limb, it is possible for the person to apply to the ATO to revoke the disqualification.

The law states that a disqualification under this limb ends up in a public document. This can at times appear in web search results for a disqualified person’s name.

Consequences of being a disqualified person

The ATO also state that ‘if you resign as a trustee your SMSF effectively has six months to restructure itself. Generally this will mean rolling your super interest out of the fund.’ Broadly, this refers to the fact that resigning as a trustee effectively cuts off the ability to keep an SMSF member balance. An SMSF member is required to be a trustee (or corporate trustee director) in order to meet the definition of an SMSF. Once disqualified, the person can no longer be a trustee. The law also prevents the member’s legal personal representative (for example, a person appointed under an enduring power of attorney) from being a trustee in place of the disqualified person. So this in effect forces the person to cease being a member. Two main options are to roll over the disqualified person’s member benefits to a large fund (ending the person’s membership in the SMSF), or converting the SMSF into a different kind of fund by appointing an APRA approved trustee. This must generally occur within six months of the trustee’s resignation.

The matter of disqualification can be something of a ‘sleeper issue’, but it should be monitored well before starting the SMSF as well as during its life.