The recent decision of FLZY and Commissioner of Taxation [2016] AATA 348 is good news for SMSF real estate developments via unit trusts. 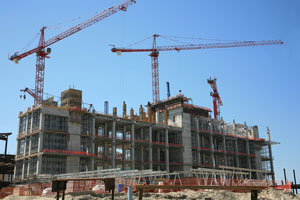 Naturally, on its face, this structure is not allowed because an SMSF investment in a related trust is an in-house asset. However, an investment in a related trust is excepted from constituting an in-house asset if the unit trust — among other things — does not carry on a business. (Naturally, such unit trusts are often referred to as ’13.22C unit trusts’ or ‘non-geared unit trusts’: in this article, I use the term non-geared unit trusts, although the more technically correct term is ‘an investment excepted from constituting an in-house asset under s 71(1)(j)(ii) and div 13.3A of the Superannuation Industry (Supervision) Act 1993 (Cth) and Superannuation Industry (Supervision) Regulations 1994 (Cth) respectively.)

This then raises the critical question: when does real estate development constitute a business?

What an earlier AAT decision suggested

The 2015 AAT decision of WWXY and Commissioner of Taxation [2015] AATA 130 suggests that a real estate development business might exist far more readily than many people expect. In WWXY the taxpayer was a company that acquired two adjoining properties in suburban Brisbane: the first in March 2006 and the second in August 2007. The taxpayer proposed developing the two parcels as part of a joint venture. However, the joint venture never ‘got off the ground’ (pun intended). Instead, the taxpayer merely rented out the properties and sold them via a real estate agent. No physical improvements were made in respect of the properties. The only improvement was that a development approval had been obtained.

The AAT held that these facts gave rise to a business. More specifically, the AAT in WWXY noted:

I am inclined to think the taxpayer in this case was conducting a business of property development. The ruling (including the email of 6 February 2009) notes:

* the directors of the taxpayer were experienced builders, and it is clear they were bringing that experience to bear in the course of the development;

* the taxpayer organised finance and acquired the two conjoined parcels of land in separate transactions with a view to their aggregation;

* the taxpayer’s directors engaged in negotiations with a prospective joint venture partner on the details of how the development would proceed, and be financed; and

* when the negotiations with the prospective joint venturer failed, interests associated with the directors of the taxpayer set about obtaining development approval – a reasonably complex endeavour. (If I understand the taxpayer’s argument correctly, the fact the taxpayer had someone else act on its behalf tended to suggest the taxpayer was not itself engaged in a business. That does not necessarily follow: the practice of engaging and working with others to achieve an agreed end may in fact indicate the existence of a business.)

It follows I do not accept the taxpayer’s claim that it was not engaged in a business at all during the relevant period. Moreover I am satisfied the business described in the ruling – especially having regard to the fourth dot point in the email of 6 February 2009 which refers to “mov[ing] the project forward to Development Approval stage to achieve the best outcome possible for the site and JV partners” – contemplates a business that is broader than developing the property in a particular way with the participation of a particular joint venturer. I accept the email in particular is evidence that the taxpayer contemplated the property being resold at a profit after obtaining development approval, even if that was not the preferred option. I accept the sale occurred in the ordinary course of the taxpayer’s business, which means that profits generated by the sale should be brought to account as ordinary income.

For completeness, I note that although the AAT’s approach in WWXY was essentially overturned in Rosgoe Pty Ltd v Commissioner of Taxation [2015] FCA 1231, to a large degree Rosgoe was concerned with more of a procedural question of whether it was open to the AAT to make a new finding of fact (ie, that a business existed).

FLZY was handed down recently. It involves the Doma Group. From its beginnings in 1974 as a residential home building business, the Group has become one of the largest multi-unit and commercial office development and construction companies and private hoteliers in the Australian Capital Territory.

In 1999 the Doma Group purchased the Sirius Building in Canberra.

In the 2008 income year the applicant’s family trust sold an office building to an arm’s length purchaser for about $72 million. The building had cost roughly $30 million to construct. The family trust treated the gain on sale, of about $40 million, as a capital gain.

The question whether the $40 million gain on sale was a capital gain or a revenue gain.

The key reason behind the decision in FLZY

The key reasoning behind the decision in FLZY essentially relates to a quote from the High Court in Commissioner of Taxation v The Myer Emporium Limited (1987) 163 CLR 199, 213:

It is one thing if the decision to sell an asset is taken after its acquisition, there having been no intention or purpose at the time of acquisition of acquiring for the purpose of profit-making by sale. Then, if the asset be not a revenue asset on other grounds, the profit made is capital because it proceeds from a mere realization.

Accordingly, because (among other things) the AAT accepted that the taxpayer purchased the real estate in order to derive rent, not to sell it, the AAT concluded the $40 million was a capital gain.

Application to SMSFs and unit trusts

FLZY is strong evidence to suggest that — so long as a related trust acquires real estate for a non-sale purpose (eg, rent) — regardless of whether:

This means that the SMSF’s investment in the unit trust could be excepted from constituting an in-house asset. (This of course assumes that all of the other requirements in div 13.3A are satisfied, such as that the unit trust has no borrowings.)