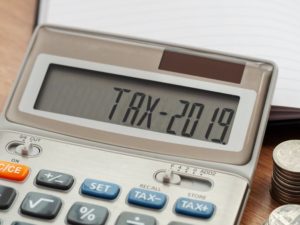 The recent case of Price v Commissioner of Taxation [2019] FCA 543 (‘Price’) involved an employee who failed to establish an entitlement to PAYG income tax credits in respect of amounts allegedly withheld from his wages by his employers.

This case is relevant to SMSFs that are required to pay a minimum pension to a member. An SMSF paying a pension to a member under 60 years must pay the minimum pension amount before 30 June 2019. Further, an SMSF trustee paying a capped defined benefit pension generally has to withhold PAYG even if the member has attained 60 years. Defined benefit income is taxed differently to account-based pensions and is subject to the defined benefit income cap which is currently $100,000 per financial year (FY).

Fifty per cent (50%) of any defined benefit income a member receives from a capped defined benefit income stream (eg, a life time pension commenced at any time, or fixed term pension or market linked pension commenced prior to 30 June 2017) that exceeds $100,000 for each FY is subject to tax at the member’s marginal tax rate plus applicable levies (refer to s 303-2(1) ITAA 1997). This applies even if the amount reflects a tax free component (in part or full). Refer to my prior article on this topic by clicking here.

As noted above, when an SMSF trustee is seeking to pay the minimum pension amount prior to each 30 June, consideration should also be given to when any PAYG amount should be paid. Typically, PAYG is payable to the ATO within 28 July after the end of the FY.

This raises the question: what do SMSF trustees have to do to ensure they have discharged the minimum pension amount prior to 30 June each FY when there is invariably a PAYG amount payable to the ATO after the end of the FY?

We will answer this question by reference to the Federal Court’s decision in Price after considering the following typical example. We will assume the member is 58 years of age and has an account-based pension (‘ABP’) in retirement (pension) phase.

You will see in the calculations below that we consider two scenarios: one where the ABP is 100% comprised of a taxable component and the second scenario where the ABP has a 50% tax free component; there is no PAYG withholding that applies to the tax free component. We show the minimum pension amount, the applicable PAYG withholding amount assuming the top marginal tax rate is reduced by the 15% tax offset, and apply the Medicare levy.

In the first scenario with the ABP with a 100% taxable component, the relevant PAYG withholding is $20,480.

In the second scenario with the ABP with a 50% tax free component, the relevant PAYG withholding is $10,240.

As you will appreciate, these PAYG withholding amounts are substantial amounts which may have an impact on whether the requisite minimum pension payments have been satisfied prior to 30 June in relation to a FY. Failure to pay the minimum pension can result in, among other things:

The Taxation Administration Act 1953 (Cth) (‘TAA’) broadly imposes an obligation on an SMSF Trustee to pay a withholding amount to the ATO when a withholding payment is made. In particular, an SMSF trustee must withhold the relevant PAYG amount on a pension payment it makes to a member.

The Price decision provides clarity on what evidence an SMSF trustee requires to prove it withheld a PAYG withholding amount. Thawley J at paragraphs [19] and [119] of the Price decision referred to Edmonds J’s judgment in Cassaniti v Federal commissioner of Taxation [2010] FCA 641 which is extracted as follows:

(1) The word “withhold” is not defined in the Act. In this legislative context, it connotes “deprivation, the holding back of something due to the employee, resulting in the reduction of a gross amount to a net amount which is paid to the employee”. The process by which a withholding takes place might be revealed or evidenced by:

(a) actual funds held by the payer on behalf of the employee pending payment to the Commissioner;

(2) Where an amount has been set aside by the payer and is quarantined in a bank account pending its remission to the Commissioner, clearly the presence of the funds so designated will demonstrate that a withholding has been made. The remission of the amounts withheld will invariably lead to the same conclusion: at [164].

(3) In the usual case, where the withholding is reflected in accounting entries, the question whether a legitimate process of withholding has occurred will depend upon a close examination of the books and records and the surrounding circumstances. A mere journal entry in the absence of other evidence may not be sufficient evidence, having regard to the surrounding circumstances, that there has been a payment of salary and wages and a withholding from that payment: at [165].

164. Where an amount has been set aside by the payer and is quarantined in a bank account pending its remission to the Commissioner clearly the presence of the funds so designated will demonstrate that a withholding has been made. Indeed the remission of the amounts withheld will invariably lead to the same conclusion.

165. Where in the usual case the withholding process is represented only by accounting entries the question whether a legitimate process of withholding has ensued will depend upon a close examination of those books and records and the surrounding circumstances to see whether it may be inferred from those records and circumstances that a withholding has occurred. At one end of the spectrum, a mere journal entry in the absence of other evidence may not be sufficient evidence, having regard to the surrounding circumstances, that there has been a payment of salary and wages and a withholding from that payment. The authorities make it plain that entries of this kind, standing alone, are not conclusive evidence of the transaction: see, Temples Wholesale Flower Supplies Pty Ltd v Federal Commissioner of Taxation [1991] FCA 162; (1991) 29 FCR 93 at 100 – 103.

The reference to ‘Cassaniti FCAFC’ in paragraph [119] above is a reference to the Commissioner of Taxation v Cassaniti [2018] FCAFC 212 (Greenwood, Logan and Steward JJ).

SMSF trustees should maintain relevant bank account and/or accounting entries to provide clear evidence that the relevant PAYG amount was actually withheld from a pension payment prior to 30 June. The best evidence is obtained from paying the relevant PAYG amount to the ATO prior to 30 June. However, most SMSF trustees generally pay the PAYG amount to the ATO after the end of the FY, in which case they typically rely on their accounting records as the best available evidence.

As noted above, if there is insufficient evidence, SMSF trustees and the members risk severe consequences, including loss of the pension exemption for the entire FY.