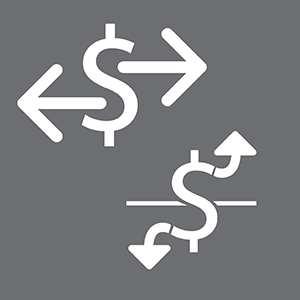 A transition to retirement income stream (‘TRIS’) provides an easy way to access superannuation savings.
Various TRIS strategies have developed in recent years which may change following the super reforms that commence on 1 July 2017. This article examines a number of popular strategies and considers the likely impact on TRISs on and after 1 July 2017.

For simplicity we refer to the term ‘pension’ in the Superannuation Industry (Supervision) Regulations 1994 (Cth) (‘SISR’) rather than the tax term ‘superannuation income stream benefit’.

What is a TRIS?

Before we discuss strategies, we will first examine what a TRIS is. A TRIS is based on the same regulations as an account-based pension, but comes with two extra restrictions on payment and commutation.

These two restrictions are:

However, a TRIS can be commuted back into the accumulation mode at any time.

If a TRIS does not meet the standards in the SISR in a financial year, both of the following apply according to the ATO in TR 2013/5:

SMSF tax in respect of a TRIS

A fund is exempt from the usual 15% income tax in respect of the earnings on assets supporting a pension, such as a TRIS.

Member tax in respect of a TRIS

TRIS payments for a member 60 or over, are not assessable income and not exempt income (this is normally referred to as ‘tax free’). Such payments do not even need to be declared in the member’s tax return.

For years now, many have ‘crunched’ the numbers on the tax effectiveness of a TRIS. This has increased the attractiveness of salary sacrifice arrangements, where people see the potential tax savings that can arise from commencing a TRIS by reducing the salary they receive from their employer. This strategy was typically tied together with an arrangement where the person’s reduced salary (ie, sacrificed salary) is supplemented by TRIS payments so their overall cash flow was not reduced.

The tax treatment to a member does not change from 1 July 2017.

However, the tax efficiency of a TRIS is less attractive given there will be a 15% income tax applicable on the earnings on assets supporting a TRIS. However, for CGT assets held for more than 12 months, a 10% tax applies (after applying the one third CGT discount).

Employers and employees should also review salary sacrifice arrangements where salary has been sacrificed for additional employer superannuation contributions to ensure these arrangments are still appropriate.

Broadly, an election to convert a pension to a lump sum is available until 30 June 2017. This election has been used by those under 60 to access the lump sum low rate cap (which is $195,000 for FY 2017). This has proven to be a popular strategy for many who may otherwise never access their low rate cap, eg, if they retire after 60.

Naturally, a member seeking to access their low rate cap must still comply with the annual 10% payment limit that applies to a TRIS that is discussed above.

This strategy has given rise to some uncertainty in recent times and numerous members have applied to the ATO for SMSF specific advice and private binding rulings to minimise risk especially if the SMSF claims ECPI using the segregated method. Alternatively, expert tax and SMSF advice should be obtained. As an aside, many large superannuation funds will not offer this election due to the uncertainty that has existed on this topic.

The election to treat a TRIS payment as a lump sum is deleted. Thus, the strategy to access preserved benefits from a TRIS ceases and therefore members under 60 will generally no longer be able to access their low rate cap from a TRIS.

A transfer balance cap of $1.6m limits the total amount of superannuation assets that a member can transfer to the retirement phase that will qualify for the ECPI exemption from 1 July 2017 (ie, the tax free pension phase). This $1.6m transfer balance cap limit will be indexed in future years.

Broadly, the object of the CGT cost base election is encapsulated in s 294-100 of the Income Tax (Transitional Provisions) Act 1997 (Cth), which provides that the CGT cost base election is to provide temporary relief in respect of members complying with the introduction of the transfer balance cap and the loss of the ECPI exemption in respect of assets supporting a TRIS. Further information on this topic is available in our article titled, ‘Transitional CGT relief for pension and TRIS assets for FY2017’, which can be accessed by clicking here.

The CGT election is temporary and relates to the reset that applies before 1 July 2017. The election — which applies on an asset by asset basis — for cost base reset must be lodged prior to the SMSF trustee’s FY2017 tax return.

For SMSF succession planning, it was stated in the explanatory memorandum to the new super reforms that the government intends to amend legislation so that a TRIS can no longer be transferred to a reversionary beneficiary on the death of a member; only other pensions such as account-based pensions can continue to be paid to a reversionary beneficiary. Many members with a TRIS that have planned to revert their TRIS on their death to their surviving spouse will therefore need to revise their SMSF estate planning.

Conversion of a TRIS to an account-based pension

The ATO will be on the lookout for people who seek to ‘manufacture’ their cessation of gainful employment to obtain the ECPI exemption in respect of a conversion of their TRIS to an account-based pension.

It is also worthwhile seeking a quality supplier of documentation to minimise the paperwork and steps involved in this conversion process. It is generally best to consider a TRIS supplier that offers automatic conversion to an account-based pension as soon as a condition of release with a nil cashing restriction applies, eg, retirement after preservation age or attaining age 65.

The reform measures impacting TRIS strategies are much more far reaching that initially thought. A major rethink is needed on the appropriateness of each TRIS strategy moving forward. We recommend every member with a TRIS be approached and members who are eligible who do not have a TRIS should also be reviewed to see if they should have one. Naturally, the right documentation and quality advice should be obtained to ensure the best strategies are implemented.

To get a broad snapshot of the other super reforms commencing on 1 July 2017, our article titled, ‘Superannuation reforms – a snapshot as at 20 December 2016’, is available by clicking here.