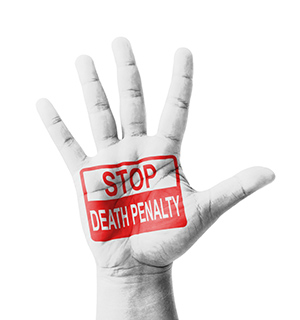 Munro v Munro [2015] QSC 61 is the latest case involving a binding death benefit nomination (‘BDBN’) that was held not to be binding. This case is a very important decision as it confirms that BDBNs for self managed superannuation funds (‘SMSF’) can last indefinitely.

Mr Barrie Munro practised as a solicitor during his working life. He died in August 2011 at 66 years of age. He was survived by his second spouse Mrs Patricia Suzanne Munro (‘Suzie’) and his two daughters from his previous marriage, Ms Vanessa Munro and Ms Elke Munro-Stewart who were the Applicants in this case.

The dispute was between Suzie and her daughter Ms Pooley as the Respondents and Mr Munro’s two daughters as Applicants regarding ‘The Barrie and Suzie Super Fund’ (‘Fund’). in February 2012, Suzie’s daughter, Ms Pooley, replaced Mr Munro as a co-trustee.

Mr Munro signed a document entitled ‘Binding Death Benefit Nomination’ on 22 September 2009 (‘2009 BDBN’) to direct the Fund trustees to pay his death benefits on his death ‘to my estate’. Note that this error had also previously been repeated on 19 July 2004 in a non-binding nomination prepared by Mr Munro’s financial planner and on 25 May 2006 in a prior BDBN prepared by his accountants.

The BDBN form noted a description of a ‘nominated beneficiary’ and that when you nominate your executor you should enter legal personal representative. This is described in paragraph 11 of the judgement as:

“Each nominated beneficiary must be your spouse (legal or de facto), child (including adopted or step-children), financial dependant, interdependent or the executor of your estate (as stated in your will). When you nominate your executor you should enter legal personal representative in the relation column.” [Emphasis added.]

The Respondents considered the BDBN to be invalid and wanted to exercise their discretion in relation to the payment of Mr Munro’s death benefit. An interlocutory order was made on 11 February 2015 that restrained the Respondents from making any decision to distribute the death benefit other than to the Applicants.

Did the BDBN have to comply with the SIS Regulations?

[35] Although SMSFD 2008/3 is not binding on the court (or the Commissioner of Taxation) it sets out a logical approach to the construction of s 59 of the SIS Act which I consider correct and adopt for the purpose of determining the applicability of reg 6.17A of the SIS Regulations to the fund.

Mullins J distinguished the comments of Fryberg J in Donovan v Donovan [2009] QSC 26 which indicated in non-binding comments (ie, ‘obiter dictum’ compared to the binding reasons or ‘ratio decidendi’ of a judgement) that the SMSF deed in Donovan’s case imported the requirements of reg 6.17A of the SIS Regulations.

In Donovan’s case Fryberg J did not have to decide the issue of whether the criteria in reg 6.17A applied to an SMSF BDBN as the letter did not constitute a binding nomination but the judge did make the following non-binding comment:

In my judgment it is quite plain that the intent of the deed is to require the nomination to be in the form described in regulation 6.17A(6).

In contrast, in Munro’s case, it was noted that the definition of the ‘Statutory Requirements’ in the Donovan deed was broad and stated:

This was an important point in coming to the decision that SMSFs are not subject to reg 6.17A. That is, in Donovan’s case, the ‘Statutory Requirements’ incorporated virtually all the requirements imposed under any law on superannuation funds (ie, incorporating by reference the criteria in reg 6.17A). In contrast, in Munro’s case, the ‘Relevant Requirements’ was limited to the requirements that the trustee must comply with in order to avoid any contravention or to qualify for tax concessions. The Munro definition therefore did not invoke any BDBN criteria in reg 6.17A.

Thus, we now have Supreme Court authority (ie, the ‘ratio decidendi’ of a judgement rather than non-binding ‘obiter dictum’) confirming that if an appropriately worded SMSF deed is used, a BDBN for an SMSF can be non-lapsing and last indefinitely. This is consistent with the view DBA Lawyers’ have held for many years.

Moreover, this outcome does away with a great deal of uncertainty that has existed to date as the cautious approach before this (Munro) decision, based on the obiter dictum in Donovan’s decision was that there was some risk in a non-lapsing BDBN (even assuming it was well worded SMSF deed) being overturned by a court given Fryberg J’s comments. Thus, it was recommended that while the better view was that an indefinite BDBN was the better view, it was still recommended to refresh them every three years as a safeguard.

Note that SMSF deeds are not a generic product and many SMSF deeds are unsatisfactory in this regard. SMSF deeds from many suppliers rely on a three year BDBN and many of these are easily challenged due to poor wording such as ‘the BDBN is only binding if it’s to the trustee’s satisfaction’. This type of wording can easily give rise to argument if say the trustee is the second spouse who says he or she does not like it when their spouse dies.

What did Mr Munro mean by nominating the ‘trustee of his deceased estate’?

The nomination of the ‘trustee of his deceased estate’ gave rise to a number of legal hurdles. Broadly, these included:

Thus, the Applicants had some hurdles to overcome for their arguments to succeed. The following extract highlights several of these hurdles.

[32] … The applicants argue that the definition of Relevant Requirements in the trust deed does not import reg 6.17A, but does import reg 6.22. Regulation 6.22 requires that the death benefit may be paid only to a legal personal representative or a dependant. The applicants argue the nomination dated 22 September 2009 made by Mr Munro in favour of the “Trustee of Deceased Estate” was intended to be operative as a binding death benefit nomination and should be given effect as such on the basis that “Trustee of Deceased Estate” is another way of referring either to the executors or, on an alternative argument, to the testamentary trustees as dependants.

The Respondents argued that reg 6.17A was imported into the Fund deed and argued other grounds in the alternative.

Note that the 2009 BDBN that had been made by Mr Munro on 22 September 2009 was still well within a three year expiry period when he died in August 2011 (ie, the BDBN was around one month away from its two year anniversary). The Applicant’s argument that the BDBN did not have to comply with reg 6.17A was to seek ensure the BDBN would be valid. This is an interesting point as many disputes involving BDBNs, it is only the three year time period in reg 6.17A that is in dispute.

The Munro decision highlights the need for a BDBN to follow the strict requirements of the particular SMSF deed. Mullins J analyses this as follows (extracting relevant paragraphs from the judgement):

[49] The form dated 22 September 2009 did not comply with either clause 31.2 of the trust deed or reg 6.22 of the SIS Regulations, as the nomination was of neither Mr Munro’s executors under his will or one or more of his Nominated Dependants.

[50] The nomination form signed by Mr Munro on 22 September 2009 is therefore not a binding nomination for the purpose of clause 31.2 of the trust deed.

The court ordered that the 2009 BDBN was not a binding nomination for the purpose of clause 31.2 of Fund deed (see [52]). The interlocutory injunction was also discharged. Thus, the death benefit could be paid out by exercise of the trustee’s discretion. As a matter of conjecture, Suzie and Ms Pooley, as the SMSF trustees, will most likely pay Suzie the death benefit in Mr Munro’s account in the Fund.

It is interesting to also note that Mr Munro, who practised as a solicitor during his working life, did not pick up on the numerous legal issues in the documents provided by his accountant and financial planner. Advisers should ensure the documents they supply are reviewed and revised by a qualified, registered and experienced legal practitioner to ensure they do not become liable. As will be noted above, there were numerous issues that upset the BDBN in this case and the BDBN in question was supplied by an accountant.

This judgement provides yet another reason why quality SMSF deeds and related documentation should be obtained as poor quality documents are likely to be ineffective. Ineffective documents can result in members having their super proceeds potentially paid to the wrong people; in many disputes, this is after expensive and lengthy legal battles. While some may seek to save a few dollars upfront using a cheap supplier, quality eventually wins out!

Refer to the following for other related articles:

Can a super fund reject excess contributions?
How to benchmark related party LRBAs when a bank won’t lend … including where buying a reg 13.22C unit trust!