The decision of EM Squared Pty Ltd v Hassan [2010] SASC 62 has absolutely critical implications for SMSF succession planning, yet few have ever heard of it. (The case is also sometimes cited as Re Australian Motors SA Pty Ltd Staff Superannuation Fund.)

This article seeks to detail the vital messages of the case.

In a nutshell, the case illustrates two deficiencies in many SMSF deeds that are ‘ticking time bombs’. 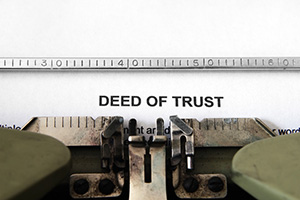 Morris Hassan was born in 1943. He married and that marriage produced several children, including Jeremy and Jane, born in 1970 and 1973 respectively.

An SMSF was commenced. Although not expressly stated, it appears that Morris and Margaret were the only members and trustees of the SMSF.

In 2005, Morris signed a document entitled ‘Confidential Memorandum’. An extract of the document was as follows:

CONFIDENTIAL MEMORANDUM
DATE: 29 April 2005
RE: MORRIS HASSAN – SUCCESSION PLAN
…
Superannuation
To be split equally between Margaret, Jeremy and Jane.
Binding Nomination required.
…
Pending execution of a more formal document I express this to be my last will [and] testament and super nomination in substitution for all prior instruments.
[Morris’ signature]
[Witness’ Signature]
[Witness’ Signature]

In 2006, Morris died. His benefits in the SMSF at that time were valued in excess of $3 million.

Although not expressly stated, it appeared that pursuant to the terms of the deed of the SMSF, Margaret, as the sole surviving trustee, had the right to select who would be the trustee of the SMSF.

(I note that there is a myth that a deceased’s legal personal representative must automatically become a trustee in place of the deceased. However, there is no law that stipulates that this must occur. Rather, it is the terms of the trust deed that determine who is the trustee upon death. For an illustration of this, see Ioppolo v Conti [2013] WASC 389 (aka Ioppolo & Hesford v Conti).)

A company was incorporated called EM Squared Pty Ltd. Margaret was the sole director and sole shareholder of this company.

EM Squared Pty Ltd was appointed the trustee of the SMSF. Accordingly, in effect, Margaret was ‘holding the purse strings’.

The question was then raised: how should Morris’ significant death benefits be dealt with? More specifically: does the Confidential Memorandum bind the trustee and thus does it force Margaret to only pay a third of Morris’ benefits to herself, and to have to pay two thirds to her (now former) step children?

the Confidential Memorandum is not a “Binding Nomination Form” within the meaning of the Current Deed in that:

it is not in the form specified in Schedule 2 of the current Deed, nor in any other form promulgated by the trustees of the Fund at any relevant time; and

there is a doubt as to whether it has been served on the trustees of the Fund as required by clause 9.5(a)(i) of the Current Deed.

Somewhat unsurprisingly, Jeremy and Jane appear to have contested.

Objectively Margaret appeared to have a significant conflict of interest. Had she tried by herself to determine whether the Confidential Memorandum was binding, this might have been suggestive of a trustee acting inappropriately (eg, impartially or in bad faith). A trustee making decisions inappropriately, in an extreme example, might result in a director being personally liable for legal and other costs. For an illustration of a similar situation where a conflicted trustee director determined to — her own advantage and to the disadvantage of other beneficiaries — that an SMSF death benefit nomination was not binding, see Wooster v Morris [2013] VSC 594.

Rather than trying to determine whether or not the Confidential Memorandum was binding, Margaret applied to the Supreme Court.

The Supreme Court held that:

[t]his was an entirely appropriate case in which to seek advice and directions … It is appropriate that the trustee, EM Squared, in the interests of the trust and in its own interests, proceed to have the questions at issue determined by this Court.

The outcome of the Court’s findings is not public knowledge.

Naturally, the time and costs associated with an application to the Supreme Court are enormous.

So, what can be done to avoid the uncertainty that led to this Court application?

Again, the reasons why Margaret was advised the Confidential Memorandum was not binding were:

In DBA Lawyers’ opinion, there is no compelling reason that a binding death benefit nomination should be in a particular form. Naturally, there are certain basic requirements that should be stipulated, such as:

However, that should be enough. If an SMSF member has taken the effort to engage in the above steps, their directions should be respected.

Nevertheless, it is surprising how many SMSF deeds still require that the binding death benefit nomination be in a particular form in order to actually be binding.

No requirement to serve on trustee during life of member

A well drafted SMSF deed should expressly state there is no need for the nomination to be provided to the trustee during the member’s life in order for it to be valid.

Consider an SMSF member who wants to benefit children from a previous marriage. Their second spouse might be a co-trustee of the SMSF. What would happen if the deed provides that, in order to be binding, a nomination must be provided to the trustee during the member’s life? If the member provided a nomination to their second spouse — and the nomination stipulates benefits must paid to children from the prior relationship — that could cause serious disharmony. The member might even come under duress to change their nomination.

However, again, a surprisingly large number of SMSF deeds to this day require — or worse still, are ambiguous as to whether they require — that a nomination be given to a trustee during the member’s life.

A well written SMSF deed should provide that:

Few SMSF deeds provide this. Accordingly, advisers should carefully check their clients’ SMSF deeds when engaging in succession planning, or else an application to the Supreme Court might one day be needed!

Naturally, DBA Lawyers’ SMSF deed has been drafted to address these issues, and many, many issues as well. To update an SMSF deed to a DBA Lawyers’ deed, see www.dbalawyers.com.au/smsf-deed-update/.