By Bryce Figot on 12/03/2015 in SMSF deeds, Succession planning
Related article: Another BDBN fails due to poor SMSF documents

This article discusses some of the ‘must know’ points. 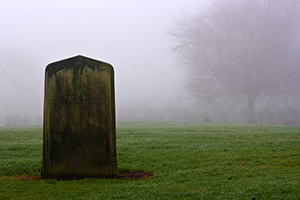 Mrs Francesca Conti was married to Mr Augusto Conti. They were both the trustees and members of an SMSF. Francesca had a number of children. The children were not the biological children of Augusto. Rather, they were Francesca’s children from a previous marriage (ie, Augusto was the children’s step father).

The SMSF’s trust deed provided that unless there was a binding death benefit nomination, death benefits were to be paid at the trustee’s absolute discretion. Naturally, this is a very common provision to see in SMSF deeds.

Francesca died. She did not leave a valid binding death benefit nomination at the time of her death. However, she did express in her will that her entitlements in the SMSF were to be paid to her children and specifically stated that no SMSF death benefit be paid to her husband (ie, Augusto).

Upon death, Augusto was left as the sole trustee of the SMSF. He resolved to pay all of Francesca’s benefits to himself and to the children.

It appears that he had all the power to appoint a new trustee. Accordingly, it seems that he arranged for a company called ‘Augusto Investments Pty Ltd’ to be appointed as the trustee of the SMSF — of which he was the sole director and shareholder.

The distribution of the death benefits was at the heart of the dispute.

Two of Francesca’s children were executors of Francesca’s estate. They brought an action on several grounds. Each of the grounds (and the outcome) illustrated important lessons in the 2013 decision. Similarly, the 2015 appeal decision reiterates and amplifies some of those lessons.

There is a common misconception that a trustee’s legal personal representative automatically steps into the role of trustee of the SMSF. This is typically wrong. Rather the answer will depend on whatever the SMSF’s trust deed says.

In the 2013 decision the plaintiffs (ie, two of Francesca’s biological children as executors) had argued that Francesca’s legal personal representative must be appointed as trustee of the fund because the fund was required to remain an SMSF.

This argument failed in the 2013 decision. The argument was revisited in the appeal. The plaintiffs lost again on appeal. Martin CJ noted that the definition of ‘SMSF’ in s 17A of the Superannuation Industry (Supervision) Act 1993 (Cth) would have allowed the appointment of the legal personal representatives, however, it did not require it. More specifically, Martin CJ held that:

… there are no words in s 17A(3), or any inference of legislative intention to be drawn from the operation or effect of the subsection viewed in the context of the section or in the context of the SIS Act as a whole, to suggest that a fund is obliged to utilise the opportunities for compliance provided by the subsection either within any particular time, or at all, if there are other means by which the fund can be brought into compliance.

This also has important implications for loss of capacity. Although not directly on point, it provides strong support for what DBA Lawyers has been saying for years. Namely, there is nothing in the legislation that compels the holder of a power of attorney in respect of a member to automatically become a trustee or director upon that member’s loss of capacity. Rather, to use the words of Martin CJ slightly out of context, the legislation is ‘permissive rather than mandatory’: if the holder of an enduring power of attorney does becomes a trustee/director instead of a member, that will not cause the fund to fail the definition of SMSF, however, there is nothing to say that this must occur.

Naturally, whoever is left holding the ‘purse strings’ has tremendous power. Who this is depends on what the deed says and there is huge variability in this regard. Accordingly, advisers should carefully check the SMSF’s deed to determine who will be the trustee upon death.

Rather all discretions must be exercised:

The plaintiffs argued that because their mother’s will directed all benefits to be paid to her children, Augusto had not acted in good faith in paying himself.

Historically, it has been difficult to make a successful ‘bad faith’ argument and this case was no exception. The plaintiffs had lost in the 2013 decision. Similarly, they lost in the 2015 appeal.

Interestingly, in the 2013 decision, Master Sanderson had noted that it was difficult to see how a trustee could be said to be acting with a lack of good faith when he had taken advice from a specialist. The Court of Appeal distanced itself from this. Martin CJ stated that in the 2015 appeal ‘[i]t may be that the Master’s observation [in the 2013 decision] … goes too far.’ That being said, in a practical sense, nothing turned on this and the Court of Appeal held that:

Notwithstanding, advisers should remember that all trustee discretions should be made upon real and genuine consideration and in accordance with the purposes for which the discretion was conferred.

DBA Lawyers offer a publication called The Complete Guide to SMSFs and Planning for Loss of Capacity and Death. For more information, or to purchase, visit http://www.dbalawyers.com.au/complete-guide/