By William Fettes on 28/09/2016 in Succession planning, Taxation 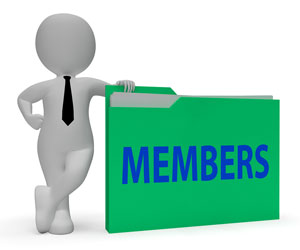 What is a member representative and why appoint one?

Moreover, an SMSF member can appoint a representative who is given the power to make a superannuation payment without any input from the member or trustee. This can be useful if, for example, the member has lost mental capacity.  Some powers that a member representative could have are as follows:

Why not use an attorney under an enduring power of attorney (‘EPoA’) as a member representative?

We are aware that in practice some people have sought to rely on an attorney under an EPoA (eg, a spouse or close family member, trusted friend or adviser) acting on behalf of an SMSF member to exercise member rights or entitlements, including the payment of benefits. This approach is often adopted as many people think that an attorney is empowered to deal with a person’s super while they are still alive.

However, this thinking is flawed. First of all, the legislation governing EPoAs differs between each state and territory and generally does not empower an attorney to deal with a person’s interest under a trust or  an SMSF (which is a form of trust). Secondly, an EPoA will generally not be effective in respect of an SMSF without the SMSF deed expressly authorising an attorney under an EPoA to act for a member. Finally, the EPoA should have express wording that covers the donor’s superannuation and SMSF interests which is typically not present in a general financial EPoA. It should also be noted that Tasmania is the only jurisdiction that expressly recognises a person’s interest in respect of superannuation in its power of attorney legislation.

For these reasons, a member representative that is expressly authorised under the SMSF’s governing rules provides a firm foundation and avoids the problems identified above in respect of EPoAs.

EPoAs still play an important role for SMSF succession planning. An attorney under an EPoA, for instance, can be appointed as an SMSF trustee or a director of a corporate SMSF trustee in place of a member when a member loses mental capacity. This ensures the trustee–member rules in the Superannuation Industry (Supervision) Act 1993 (Cth) (‘SISA’) can still be satisfied such that the SMSF continues to meet the definition of an SMSF in s 17A of the SISA.

The tax payable on a superannuation death benefits is an important consideration.

* NB — this limb of the definition imports the common law meaning of dependant, which is accepted to include financial dependency.

The importance of a timely exit strategy

One option to overcome any ‘death tax’ payable on a superannuation payment made to a non-dependant such as adult independent children is for a member to withdraw their superannuation benefit before they die (subject to a relevant condition of release being met).

A lump sum benefit withdrawal can be made where there is ample time available to implement a ‘traditional’ benefit payment, including transfer of legal title.

However, having ample time to implement a lump sum payment is not assured as a member’s health could deteriorate rapidly, and if a member loses mental capacity it may not be possible to implement a timely benefit payment without other measures in place.

Selection of a member representative

An SMSF trustee has day to day control and therefore succession to control of the trustee, and the directors of a corporate trustee, are important factors.

In the absence of prior planning for death or loss of legal capacity, control of an SMSF may pass by default or otherwise become uncertain or unworkable such that the member’s intentions are defeated.

Accordingly, it is important that appropriate SMSF succession planning be undertaken to ensure that succession in respect of an SMSF trustee is addressed, and to the extent possible made certain, in the event of loss of capacity or death.

A member representative can provide numerous advantages, including the timely payment of a member’s benefit prior to death in the event of a loss of a member’s mental capacity.