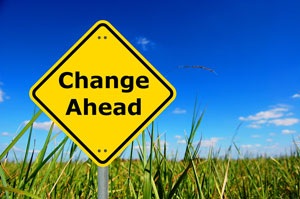 On 15 September 2016 the Government, following four months of considerable adverse feedback on its $500,000 lifetime non-concessional contributions (‘NCCs’) cap proposal announced on 3 May 2016, has decided to drop this measure (which was retroactive to 1 July 2007) for a more palatable and prospective contributions limit that we outline below.

The rule that allows individuals aged under 65 to be able to ‘bring forward’ three years’ worth of NCCs will continue to apply. However, since the annual NCCs cap will reduce to $100,000 per FY, the maximum amount of NCCs that can be brought forward will be reduced from $540,000 to $300,000 from 1 July 2017. (The ‘bring forward’ rule broadly applies to those under 65 years.)

The table below summarises the NCCs caps that existed and that have been announced by the Government since 2 May 2016 (ie, the day before the Budged).

Who are the individuals primarily affected?

Careful planning is therefore needed before making further contributions where the ‘bring forward’ NCCs cap has been invoked before 1 July 2017. For further reference, please refer to the flowchart prepared by DBA Lawyers: http://www.dbalawyers.com.au/wp-content/uploads/2016/09/2016-09-21-flowchart-re-transitional-rules.jpg

Given one of the subsidiary objectives of superannuation is an aim for simplicity, a much simpler alternative would have been for those who invoked the ‘bring forward’ three-year rule before 30 June 2017 to have the remaining balance of the $540,000 cap. However, unfortunately, this is not the case.

Practical application of the $1.6 million cap

The Government has stated in its Superannuation Fact Sheet:

Thus it appears that a member can make additional NCCs if their superannuation balance falls below $1.6 million in subsequent years even if they have previously fully utilised their $1.6 million (pension) balance cap.

The Government has also stated in its revised Superannuation Fact Sheet 04 dated 20 September 2016 that where an individual’s balance is near $1.6 million, ‘they will only be able to make a contribution in that year and access the bring forward of future years contributions that would take their balance to $1.6 million’.

We have extracted a table from the Superannuation Fact Sheet 04 that indicates the amount of contribution and ‘bring forward’ available:

Naturally, monitoring systems will need to carefully track balances and contributions especially where a member has accounts in several different funds where the complexity of the super system is likely to increase considerably.

Issues that remain in need of clarification: Carve outs

We suspect the Government will need to address the above matters. Until these matters are expressly covered, there is uncertainty regarding whether the Government’s prior carve outs in respect of the $500,000 lifetime cap will prevail.

Continuing work test for those aged 65 to 74

It was previously announced in the 3 May 2016 Budget that the work test requirements (ie, gainful employment for at least 40 hours in 30 consecutive days before a contribution can be made) would cease to apply for members under age 75 and would harmonise the contribution rules for those aged under 75. On 15 September 2016, the Government announced that in order to ‘fully offset the cost of reverting to a reduced annual non-concessional cap’, it will not proceed with the harmonisation of contribution rules for those aged 65 to 74.

From prior experience, the requirement for a member to be below a $500,000 amount before being entitled to ‘catch up’ concessional contributions will give rise to a range of practical difficulties and planning opportunities.

The revised NCCs cap is a welcome development. There are still many issues that remain in need for clarification. Many people will have to adjust their planning, and are best positioned to do so if they monitor and keep on top of the changes. Expert advice should be obtained as needed.

Finally, please note that there is still the possibility of these changes being revised, deferred or never being finalised as law.