By Bryce Figot on 03/02/2015 in Announcements, ATO, Succession planning, Taxation 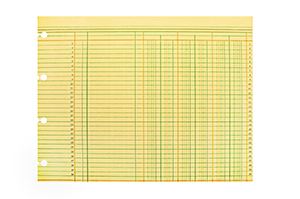 Many have wanted to pay superannuation benefits — particularly death benefits — by way of mere journal entry.

The benefits of the deceased member consisted of publicly listed shares and cash.

The [spouse of the deceased and other member of the SMSF] wishes to remain in the fund and to re-contribute the death benefit directly to their member account. In order to avoid transaction fees, the [spouse] wishes to know whether it is possible to transfer the monies from the deceased member’s account to the taxpayer’s own account by way of journal entry.

… cashing involves an SMSF making a payment which reduces the member’s benefits in the fund’. Consequently, transferring the shares and cash to the taxpayer’s account from the deceased member’s account via a journal entry would not amount to ‘cashing’ the benefits, and therefore, regulation 6.21 of SISR would not be satisfied.

The reasoning in ATO ID 2015/2 raises a more interesting question. In ATO ID 2015/2, the ATO canvasses what is commonly referred to as the principle in Spargo’s case (which is more formally known as Re Harmony & Montague Tin and Copper Mining Co (1873) LR 8 Ch 407). The ATO describes this principle as follows:

In Spargo’s it was held that a payment will occur where two parties both have a present liability or legal obligation to the other (mutual liabilities or mutual obligations) and they make an agreement and set off the liabilities against each other using a book entry.

If cross-liabilities in sums certain of equal amounts immediately payable are mutually extinguished by an agreed set-off, that amounts to payment for most common-law and statutory purposes.

The ATO determined in ATO ID 2015/3 that the principle did not apply, noting that:

This raises a very interesting question: when will there be a mutuality of liabilities sufficient for the principle in Spargo’s case to apply?

Other applications of Spargo’s case

The short answer is yes, the ATO would and do. More specifically, in Self Managed Superannuation Funds Determination SMSFD 2007/1 the ATO states:

The footnote to this paragraph states:

How to reconcile the two

From reading ATO ID 2015/3 it is not readily obvious how it can be reconciled with SMSFD 2007/1. However, possibly, if in ATO ID 2015/3 the re-contributing member had executed a deed creating a liability to contribute and then offsetting the liability against the SMSF’s obligation to pay, the ATO’s response might have been different.