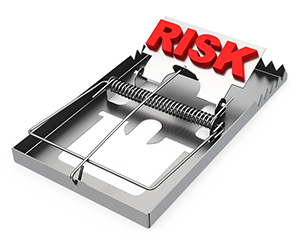 In certain cases, members can claim a deduction for personal contributions made to a superannuation fund. In order to claim this deduction, it is essential that the appropriate paperwork is in place. However, there is a trap that many unknowingly trigger, rendering many personal contribution deductions invalid!

Section 290-150 of the Income Tax Assessment Act 1997 (Cth) (‘ITAA 1997’) allows members to deduct contributions made to superannuation funds where certain requirements are met. These requirements include the following:

The member broadly has until the end of the income year following the year in which the contribution was made to give the notice (ITAA 1997 s 290-170).

Ensuring the relevant paperwork is in place is extremely important and can often give rise to difficulties. This is especially considering that there are various conditions that, if satisfied, will invalidate a notice. Of particular relevance, if the trustee no longer holds the contribution when the member gives the notice, the notice is not valid (ITAA 1997 s 290-170(2)(c)(ii)). This seemingly straightforward provision is easy to overlook, with fatal consequences for many deductions.

Satisfying this condition can have significant negative consequences, as illustrated in the following example.

Consider Con. Con is 60 years old and retired. He is the member of an SMSF with a balance of $100,000. As a means of minimising tax, his adviser has suggested he make a deductible personal contribution to super.

What Con (and his adviser) does not realise, is that the above timing gives rise to difficulties. More particularly, remember that the ability for Con to deduct the $35,000 will depend on a valid notice being provided. However, the notice will only be valid for the extent the trustee holds the contribution when the notice is given.

The $80,000 withdrawal occurred before the notice was given. Thus the question arises: does the trustee hold the $35,000 contribution on 1 February 2015, when Con gives the notice?

Applying a ‘first in, first out’ approach, the answer is yes. However, the ATO takes a different view. More particularly, the ATO would apply the following formula to answer this question (refer to example 10A of TR 2010/1):

Assuming that the tax free component immediately before the withdrawal was $90,000, this would total the following on Con’s facts:

Based on the above, Con would only be able to deduct $14,259. This is less than half of the $35,000 contributed. Further, as Con has provided a notice in respect of the entire $35,000, the entire deduction would fail, not just the excess amount.

Naturally, this is a negative outcome for Con that could have easily been avoided had more consideration been given to the timing of events.

(Note, any further contribution Con makes in FY2016 will not impact upon how much Con can deduct for FY2015.)

The best way to avoid complications such as the one Con faced above is to provide the trustee with the notice of the intention to deduct as soon as possible after the relevant contribution is made (and definitely before any withdrawals). This is a simple fix that could save thousands.

When claiming a deduction for personal contributions it is imperative that the relevant documentation is appropriate and lodged in a timely fashion. Any delays could invalidate the documentation and cause the entire deduction to fail.