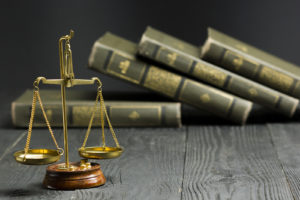 The recent New South Wales Supreme Court decision of G v G (No. 2) [2020] NSWSC 818 (G v G) provides important guidance on the limitations that apply to trustees and managers of protected estates in dealing with superannuation investments, including in relation to making super contributions and binding death benefit nominations (‘BDBNs’).

In this article, we examine the particulars of the case and the broader implications for fiduciaries and attorneys.

In broad terms, the facts of G v G required the Court to consider whether a trustee of the ‘protected estate’ in New South Wales could authorise the estate to be invested in a superannuation fund.

There were court orders to the effect that:

With the knowledge and approval of the NSW Trustee, the plaintiffs (in their capacity as managers for the protected estate) invested a substantial part of the estate in a regulated superannuation fund. This was based on the shared assumption that the NSW Trustee could authorise such an investment. The plaintiffs then made one or more BDBNs on behalf of the defendant in respect of the contributed benefits to the purported effect that the fund trustee was compelled to pay any future superannuation death benefits arising to the estate.

It is apparent from the case that the prior assumption that the NSW Trustee was broadly empowered in relation to super contributions was subsequently called into question due to the parties becoming aware of cases such as Perpetual Trustee Company Limited v Cheyne [2011] WASC 225 [52]-[56] and Re Hoang Minh Le; Ex parte The Public Trustee [2012] WASC 31. (At the risk of oversimplification, the concern arising from these cases was that a contribution into superannuation was not an investment of trust property because in reality the trustee was divesting itself of the relevant property, losing control of the property and putting the property beyond the protective control of the Court.)

Thus, the case came about because the plaintiffs sought clarity on the existence, nature and scope of the power to invest property forming part of a protected estate in a regulated superannuation fund.

In particular, the plaintiff sought orders that they were justified in investing and/or continuing to invest part of the estate in a regulated superannuation fund. This was sought on the basis of either ss 64 and 65 of the NTGA and/or the Court’s powers under parens patriae (broadly the inherit power and authority of the state to protect persons who are legally unable to act on their own behalf).

Additionally, the plaintiffs sought orders that they be excused by the Court of any breach of duty as a result of:

(a)  past transfers to the superannuation environment; or

(b)  their execution of BDBNs in favour of the deceased estate of the first defendant.

Important considerations in the case

Lindsay J noted that a decision to invest, or to authorise investment of, a protected estate in a superannuation fund or to make a BDBN in respect of such a fund must be consistent with what ‘…is calculated to be in the interests, and for the benefit, of that person’ pursuant to s 39 of the NTGA. This requirement is a statutory formulation of a general law principle (see Holt v Protective Commissioner (1993) 31 NSWLR 227, 238).

Lindsay J considered that investing the estate into a superannuation fund could potentially meet this test more readily than a decision to make a BDBN. Nonetheless the permissibility of investing in superannuation was subject to the principles governing the management of a protected estate and based on a review of the trust deed governing the fund.

(a)  a decision-maker has to be satisfied that any investment in a superannuation fund can be withdrawn (in whole or part), on reasonable terms, in the event (at least) that it is required for the maintenance, education or advancement in life of the protected person during his or her lifetime.

(b)  upon an assessment of any security risk attaching to the investment, a decision-maker must also be satisfied that, upon the death of the protected person, there is no practical possibility (by means of a purported “death benefit nomination”, an exercise of a discretion by the trustee of the superannuation fund or otherwise) that the estate of the protected person will, in whole or part, be paid otherwise than to the legal personal representative of the deceased person.

Lindsay J acknowledged it was a ‘working assumption’ that investing in a regulated superannuation fund was a secure investment (ie, due to the regulated nature of environment), however, he emphasised that a fiduciary decision-maker must satisfy themselves (on an ongoing basis) that the investment is in fact secure ([65]–[66]):

A superannuation fund must generally be accessible, as well as secure, if needed during the lifetime of the protected person.

Neither during the lifetime of a protected person, nor upon his or her death, can a protected estate be diverted away from that person in the interests, or for the benefit, of some other person without the leave of the Court.

In contrast to the issue of investing in superannuation, Lindsay J expressed strong reservations that making a BDBN would ordinarily satisfy the principles governing the management of a protected estate. In particular, he noted that:

In circumstances where a fund trustee receives super contributions from a manager/trustee of a protected estate, Lindsay J considered that fund trustee would not enjoy an absolute discretion free from the risk of legal challenge even in the absence a BDBN being made ([68]–[70]):

Although the trustee of a superannuation fund may ostensibly have a discretion to pay a death benefit otherwise than to the estate of a deceased member who was, in life, a protected person, it can not do so without exposing itself to a liability to the estate for breach of a fiduciary obligation (or participation in a breach by the manager) where the deceased’s membership of the fund is a consequence of an investment by a protected estate manager on behalf of the protected person.

In the interests of due management of protected estates generally, the NSW Trustee might be prudent to publish that fact to the trustees of superannuation funds of which a protected person is a member.

This could serve two purposes. First, it could preclude a trustee from contending that payment of a death benefit on the basis of a protected estate manager’s death benefit nomination was justified by reason of the manager holding himself or herself out, or being held out, as authorised to make the nomination. Secondly, it could brand the trustee with knowledge which warns against the consequences of committing, or participating in, a breach of fiduciary obligations owed to a protected person (and his or her estate) or exposes the trustee to those consequences upon an unauthorised payment of a benefit.

Thus, in Lindsay J’s view, the estate will not necessarily suffer detriment where no BDBN is made in respect of amounts contributed to the superannuation environment, where appropriate communication is made about the status of the protected person.

The Court broadly made the following orders (among other things):

Any implications for attorneys?

The decision in G v G clarifies the ability of trustees and managers to make investments in superannuation on behalf of a protected person. Given the principles involved, this aspect of the case may also have broader relevance for other fiduciaries, including attorneys and administrators, who are contemplating making such investments into super on behalf of a donor/principal.

On the issue of BDBNs, the decision broadly precludes trustees or managers of protected estates from making BDBNs in respect of superannuation entitlements for a protected person, particularly where there is freedom to nominate a beneficiary other than the estate. The question of whether this limitation has broader relevance is more complex.

Though the outcome in respect of the BDBN issue was negative, it would arguably be a misreading of the case to regard it as standing for the proposition that attorneys under an enduring power of attorney are always precluded from making BDBNs in respect of donor/principal’s benefits in superannuation.

It is important to emphasise that the decision in G v G is primarily confined to trustees and managers of protected estates under the NTGA. The legislation governing enduring powers of attorney (and administrator/guardian appointed under guardian laws) is different in each state and territory. Thus, it is not possible to broadly extrapolate such a principle from a decision about protected estates to other types of fiduciaries and to other jurisdictions.

Only the Powers of Attorney Act 2000 (Tas) expressly recognises the power of an attorney under an EPoA to exercise any power of the donor/principal with respect to superannuation. Additionally, cases such as Re SB; Ex parte AC – [2020] QSC 139 and Re Narumon Pty Ltd [2018] QSC 185 illustrate that the Queensland Supreme Court has recognised that attorneys and administrators in that jurisdiction can (in limited circumstances) deal with BDBNs, subject to their fiduciary duties not to conflict and not to profit.

For jurisdictions other than Tasmania or Queensland, the picture is less clear. Thus, it should be borne in mind that there is some risk with relying on an attorney being empowered to deal with BDBNs even if there is no conflict issue. Ideally there should be:

The case of G v G clarifies the extent to which trustees and managers of protected estates are empowered to make investments in superannuation. It also articulates some useful principles for evaluating when such investments will be permitted that could have broader application to other fiduciaries.

The case also shows that there are a number of difficulties to confront in making decisions about dealing with BDBNs in respect of superannuation entitlements for protected persons, as trustees and managers of protected estates who seek to make a BDBN may have these nominations set aside or disregarded by a fund trustee based on G v G.

The law governing how other types of fiduciaries (eg, attorneys or administrators) can deal with BDBNs is still developing. But G v G does not close the door on other jurisdictions adopting a similar approach to the Queensland Supreme Court in recognising the ability of attorneys to deal with superannuation rights and entitlements subject to various provisos. So watch this space!