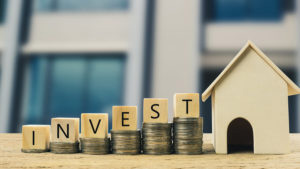 Advisers would be well aware of the ATO’s ‘safe harbour’ regarding the application of non-arm’s length income (NALI) to related party limited recourse borrowing arrangements (LRBAs).

Broadly, the ATO’s Practical Compliance Guideline PCG 2016/5 (Guideline) sets out ‘safe harbour’ terms on which SMSF trustees may structure their LRBAs which the ATO will consider are consistent with an arm’s length dealing. That is, the Commissioner accepts that an LRBA structured in accordance with the Guideline is consistent with an arm’s length dealing and that the NALI provisions do not apply purely because of the terms of the borrowing arrangement.

While a related party borrowing falling outside of the terms in the Guideline will not necessarily mean the arrangement will result in the application of the NALI provisions, such an arrangement will not enjoy the benefit of the certainty provided by the Guideline. If an LRBA falls outside the terms of the Guideline, an SMSF trustee will need to be able to demonstrate that the arrangement was entered into and maintained on terms consistent with an arm’s length dealing, such as by obtaining benchmarking evidence from unrelated lenders.

Following the release of the Guideline in April 2016, the ATO initially required each SMSF trustee with a non-bank LRBA to ensure it was on arm’s length terms by 30 June 2016. Following the May 2016 Federal Budget’s announcement of a substantial reduction to the non-concessional contributions cap, this deadline was extended to 31 January 2017.

The Guideline provided that LRBAs would not be subject to any further compliance action for the 2015 income year (or before) if, by 31 January 2017, the LRBA was:

Many SMSF trustees were required to amend the terms of an LRBA in place to fall within the Guideline’s terms. As part of this, SMSF trustees would often need to make an additional ‘catch up’ payment to make up for principal and/or interest repayments that would have been paid had the amended terms been in place from 1 July 2015.

Variation with effect from 1 July 2015

The Guideline’s requirements and transition period remain the same, such that any variation to terms would need to take effect from 1 July 2015 (and even then there still remains NALI exposure). For these SMSFs, the amount of additional interest and/or principal ‘catch up’ payments required may be quite large and it may be difficult for such SMSFs to make such a payment. If not paid immediately, such amounts owing could result in a default under the loan or in some cases amounting to another loan itself.

While an SMSF in this position cannot technically enjoy the benefit of the safe habour, as the variation was not made by 31 January 2017, making such a variation as soon as practicable is likely to provide the best chance of minimising the NALI exposure.

Broadly, where an SMSF trustee was provided a loan deferral due to the financial impact of COVID-19, the ATO will not automatically apply NALI provided the deferral is consistent with the ATO‘s following comments from QC 20439:

If the repayment relief reflects similar terms to what commercial banks are currently offering for real estate investment loans as a result of COVID-19, the ATO will accept the parties are dealing at arm’s length and the NALI provisions do not apply. For example, these terms currently include temporary repayment deferrals for most businesses of up to 6 months, with unpaid interest being capitalised on the loan.

Note that many banks then granted a further 4 months extension to 31 January 2021 and it is understood that some banks have continued to grant further relief on a cases by case basis. The ATO position is that where the deferral relates to COVID-19 and the parties to the arrangement have documented the changes in terms to the loan agreement and the reasons why those terms have changed, the ATO will generally not apply NALI if this is consistent with the financial impact of COVID-19.

However, if the SMSF trustee had not complied with ensuring the LRBA was on arm’s length terms or in accordance with the Guideline by 31 January 2017 with retroactive effect from 1 July 2015 with respect to principal and interest repayments, then a NALI risk still applies.

An SMSF with an LRBA in place that was not amended to fall within the Guideline (and which is not likely to be considered an arm’s length arrangement) should also consider making a voluntary disclosure to the ATO. By proactively approaching the ATO with rectification already carried out (or with a plan to do so), an SMSF can improve its chances of continuing the LRBA while minimising the risk of NALI and related penalties/interest arising. The ATO do not have any formal voluntary disclosure concession or NALI as the ATO’s current Early Engagement and Voluntary Disclosure arrangement deals with regulatory contraventions.

There are still a number of SMSFs with related party LRBAs that may not have been established or maintained on an arm’s length basis and do not fall within the terms of the Guideline. Advisers should carefully review any LRBA that was established prior to the Guideline’s introduction to ensure these arrangements either falls within the Guideline’s terms or can otherwise be proven to be consistent with an arm’s length arrangement. If appropriate an SMSF trustee can make a voluntary disclosure or otherwise engage with the ATO to minimise any potential negative impacts. Naturally, we would be pleased to assist in this regard.

For related articles see below: