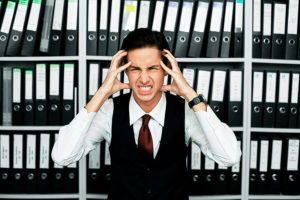 While we acknowledge the answer is not necessarily black and white; as it depends on a careful examination of all the relevant documentation and each supplier’s documents differ in certain respects, we recommend that advisers should be mindful that they are comfortable with the way the documents they use are drafted and that they understand the legal risk and implications that using those documents entails.

In particular, advisers should ensure the strategies in the documents they supply their clients are legally effective and are supported by relevant legislation, case law or similar authority. An adviser procuring a document, for instance, from a web based supplier is implicitly warranting that it is suitable for their client’s use. Hence, why advisers need to be careful on what document supplier they use. Naturally, merely using a non-qualified supplier (that is not a law firm), exposes an adviser to risk.

Indeed (pun intended), if the SMSF deed is silent, there is a strong argument to say that the BDBN overrides any conflicting pension reversion nomination.

This article focuses solely on this issue. More specifically, this article asks whether you actually want a situation where a pension reversion nomination prevails over any conflicting BDBN.

This article concludes that — unless you are a lawyer — a pension reversion nomination overriding a BDBN is risky and that you should not use this type of documentation as there are more practical options available (more about this soon).

Why is there, on first glance, an appeal for reversionary pension nominations overriding BDBNs?

We have heard from some accountants and financial planners (which we will refer to from here on as ‘advisers’) that they favour reversionary pension nominations overriding conflicting BDBNs. When we ask why they have that preference they typically maintain that it will allow them to implement the following sort of situation:

However, there is a risk that recommending this arrangement could amount to a crime and give rise to other risks.

Recall the rules about ‘engaging in legal practice’

An entity must not engage in legal practice in this jurisdiction, unless it is a qualified entity.

Penalty: 250 penalty units or imprisonment for 2 years, or both.

We note that the Act defines ‘entity’ to include individual, an incorporated body and a partnership. Accordingly, if you are, for example, an adviser, this prohibition applies regardless of how your business is structured.

We are particularly of this view as implicit in the above is that the adviser probably has led their client to believe that there is no need for the input of a lawyer. Indeed, an adviser who has not recommended that their client have all the relevant documents and advice reviewed by the client’s lawyer to check they are legally effective and are consistent with the client’s legal and estate planning position, would have provided legal services as the documents affect the client’s legal rights and obligations.

What else can commonly go wrong in practice?

Now assume that the adviser provides such documentation to SMSF members of a particular SMSF whose deed states that a pension reversion nomination will override any conflicting BDBN. The pension commencement documentation states, among other things, that the pension is reversionary in favour of the member’s spouse.

Now assume that one such member did in fact have a BDBN in place, which was in favour their legal personal representative (ie, estate). The member then dies.

The SMSF trustee wishes to pay the deceased’s death benefits to the spouse, based on the pension commencement documentation. The executor of the estate might assert that the adviser is liable to the estate as the deceased did not properly understand the effect of the pension documentation. The adviser could try to counter this by responding that they advised the member of all relevant rights and liabilities and then drew up the documentation accordingly. However, if this indeed occurred, there is a real chance that the adviser has contravened the Legal Profession Uniform Law Application Act 2014 (Vic). Again, this is a serious crime.

Alternatively, the adviser may claim that they did not advise the deceased of all relevant information, rights and liabilities but nevertheless drafted the pension documentation. If so, the adviser may well have breached its duty of care owed not just to the deceased, but also to the deceased’s dependants, executor and any beneficiaries of the deceased estate (see Hill v Van Erp (1997) 188 CLR 159 where a lawyer was liable in negligence to potential beneficiaries of a deceased client’s will). The adviser may be liable to them under, among other things, the tort of negligence for any loss, damages and costs suffered.

We also note that some have asserted that since SMSF members typically also consent to various information in order to be trustees, they are taken to know all relevant information. We consider it high-risk to place much confidence in such an assertion based on cases like Ryan Wealth Holdings Pty Ltd v Baumgartner [2018] NSWSC 1502, which illustrate that a judge may not hold a member/trustee/director to having a sophisticated level of SMSF knowledge. Also, there is no information regarding succession planning in trustee declarations.

Naturally, each of the above two choices is an unfavourable outcome.

If advisers wish to rely on a deed that provides priority to a reversionary pension nomination, they should undertake sufficient due diligence to ensure that they do not cross a prior BDBN or interfere with their client’s succession planning. This analysis also attracts the risks that the adviser engages in legal practice.

DBA Lawyers has long considered that there is a simpler practical solution, which is to have a deed that expressly states that a BDBN overrides any conflicting pension documentation. This overcomes the immediate need for an adviser to undertake the due diligence discussed above, which is associated with an SMSF deed that provides the reversionary pension nomination priority. Simply stated, documenting a pension under this type of SMSF deed does not impact a BDBN.

Moreover, BDBN templates typically come with new deeds or deed updates and product disclosure statements. Thus, members can prepare and finalise their own BDBNs without adviser input. Accordingly, if a member wishes to make a BDBN under an SMSF deed providing a BDBN with priority, it is more likely that a member would expect that to impact their estate planning and be more informed as:

If you are not a lawyer, you do assume risk if you prepare a BDBN without recommending the client obtain a lawyer’s input. We anticipate that some readers might roll their eyes at this comment and think ‘typical lawyers — trying to create “jobs for the boys/girls”’. However, it is a simple fact that each profession has its limits and professional indemnity cover typically excludes advisers acting outside them.

Thus, it is best practice for advisers to always recommend that their clients have their BDBNs and similar documents impacting their legal rights and obligations especially their succession planning reviewed by a lawyer.

The safer solution is to have a deed that expressly provides that a BDBN overrides a conflicting pension reversion nomination. This avoids these risks when documenting a pension.

Manage your risk and do not expose yourself or your firm where your professional indemnity insurance cover is not available.

Other recent relevant articles include: