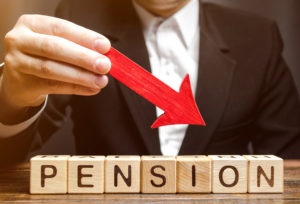 There is a little known rule that can have huge implications for SMSFs, particularly when it comes to reversionary pensions.

This article provides the crucial ‘must know’ details.

What is a ‘reversionary pension’?

A superannuation income stream that automatically reverts to a nominated beneficiary on the death of its current recipient.

The common theme in all of the above definitions is the idea that the pension continues to be paid upon death automatically (ie, that the SMSF trustee is instantly bound and compelled to continue paying the pension).

Imagine an SMSF trustee that signs a pension agreement with a member stating that the trustee will start paying a pension to the member now and that later when the member dies, the pension will automatically continue to be paid (ie, revert) to the member’s spouse. The trustee makes resolutions confirming this.

Most would think that this agreement is binding, and that once the member dies the trustee is compelled to pay the pension to their spouse.

However, there is more to the picture!

The rule against ‘fettering’

There is a general rule against trustees of trusts — which includes SMSF trustees — fettering their discretion.

The specifics of this rule were conveniently summarised by Chesterman J in Dagenmont Pty Ltd v Lugton [2007] QSC 272:

According to the Law of Trusts by Underhill and Hayton 16th edition (p 690):

… it is trite law that trustees cannot fetter the future exercise of powers vested in trustees ex officio … .  Any fetter is of no effect.  Trustees need to be properly informed of all relevant matters at the time they come to exercise their relevant power.’

Trustees must exercise powers according to circumstances as they exist at the time.  They must not anticipate the arrival of the proper period by … undertaking beforehand as to the mode in which the power will be exercised in futuro.

Professor Finn (as his Honour then was) in his work Fiduciary Obligations wrote (at para 51):

Equity’s rule is that a fiduciary cannot effectively bind himself as to the manner in which he will exercise a discretion in the future.  He cannot by some antecedent resolution, or by contract with … or a beneficiary — impose a ‘fetter’ on his discretions.

In short, if a trustee has a discretionary power and the trustee decides now how it will exercise that power in the future, such a decision will be unenforceable.

This is extremely relevant in the context of reversionary pensions.

How this applies to pensions

The vast majority of SMSF deeds provide that if upon death there is no binding death benefit nomination (‘BDBN’), then the trustee has a discretion regarding to whom (eg, to spouse) and how (eg, as a pension) any death benefit is paid.

Accordingly, if the trustee has previously:

how this discretionary power will be exercised in the future (eg, that the pension revert to a spouse), this constitutes a fetter and will not be enforceable!

When is this practically most a problem?

In a practical sense, if upon death the trustee wants to pay a pension to the person named reversionary beneficiary in the pension documents, it is unlikely to cause any practical problems. However, in that circumstance it was unlikely that a reversionary pension was needed in the first place. (That is, if there’s a trustworthy person running the SMSF there’s no great need to restrict their actions — unless there is some particular social security law or tax reason resulting in an automatically reversionary pension being desirable.)

However, consider the situation where the trustee of the SMSF does not want to pay the death benefit to the surviving spouse. It could be that the spouse is the member’s second spouse and the member has children from a prior relationship who are on adverse terms.

Accordingly, the children might point to the rule against fettering discretion and say that any pension documents are invalid and that it would be wrong of them to blindly follow the reversion in those pension documents. Accordingly, they might choose to remake the decision as to who to pay death benefits to. Somewhat unsurprisingly, in these circumstances children tend to pay the benefits to themselves; self-interest generally wins out.

Although there are some grounds on which the children’s action could be challenged by the spouse, the spouse would be facing an uphill legal battle.

Can a fetter ever be valid?

It is possible for a fetter to be valid. After all, a BDBN is really just a type of fetter.

However, in order for such a fetter to be valid, the deed must allow for it. As Harman LJ stated in Muir v Inland Revenue Commissioners [1966] 1 WLR 1269, 1283 ‘if a power is conferred on trustees virtute officii, that is to say, if it is  a trust power which the trustees have a duty to exercise, they cannot release [eg, enter into a fetter] it in the absence of words in the trust deed authorising them so to do’ (emphasis in the original).

Unfortunately, few SMSF deeds are written with clear enough provisions to successfully oust the prohibition on fettering. Naturally, DBA Lawyers’ SMSF deed is appropriately drafted in this regard.

One of the risks of relying on this type of SMSF deed is that, as explained in this article, the pension documents themselves may not provide a binding pension nomination. Thus, the priority given to the pension nomination could itself be subject to challenge resulting in the BDBN taking priority. (Note, we have covered a number of other issues of this type of SMSF deed in our recent articles –– refer to related articles below.)

Advisers also need to be aware when assisting clients in relation to these when they may overstep the line and they start to provide legal services. Advisers are best to ensure the client’s lawyer reviews and settles these documents so they are consistent with the client’s wills and estate plans.

After many years of practical experience and having assisted many clients in legal disputes and cases, DBA Lawyers’ generally recommends that an SMSF deed should provide clear priority to the BDBN. There should also be a conflict clause that provides certainty on what wins out in the event there is a conflict between a reversionary pension nomination and a BDBN. Unfortunately, many SMSF deeds leave these matters ‘ripe’ for disputes to easily arise.

There are several practicable take-aways that advisers should note.

Secondly, if someone does want to implement an enforceable automatically reversionary pension, regard must be had to the wording of the SMSF deed, any BDBN and other related documentation.

Thirdly, make sure the SMSF documentation used is provided by a quality supplier who has relevant experience and qualifications to ensure the documents are valid and effective (eg, will the SMSF deed and pension documents facilitate an enforceable automatically reversionary pension that satisfies the criteria in TR 2013/5?).

Finally — and most importantly — it is critical to determine who will be controlling the SMSF upon death. If someone who wishes to frustrate the wishes of the deceased is controlling the SMSF, regardless of whether there is binding and effective documentation in place, the rightfully entitled recipients might face a very difficult legal battle in obtaining what is their entitlement.